Our Fall trip to the San Rafael Swell was cancelled at the last moment.  So we substituted a day trip in search of the Sun Tunnel installation in the West Desert north of Wendover.  As we crossed the Salt Flats cruising on the Interstate, we decided to stop at another art installation right along side of the road...  the Tree of Life!  (we've often passed this installation on the way West, but never really stopped to examine it). 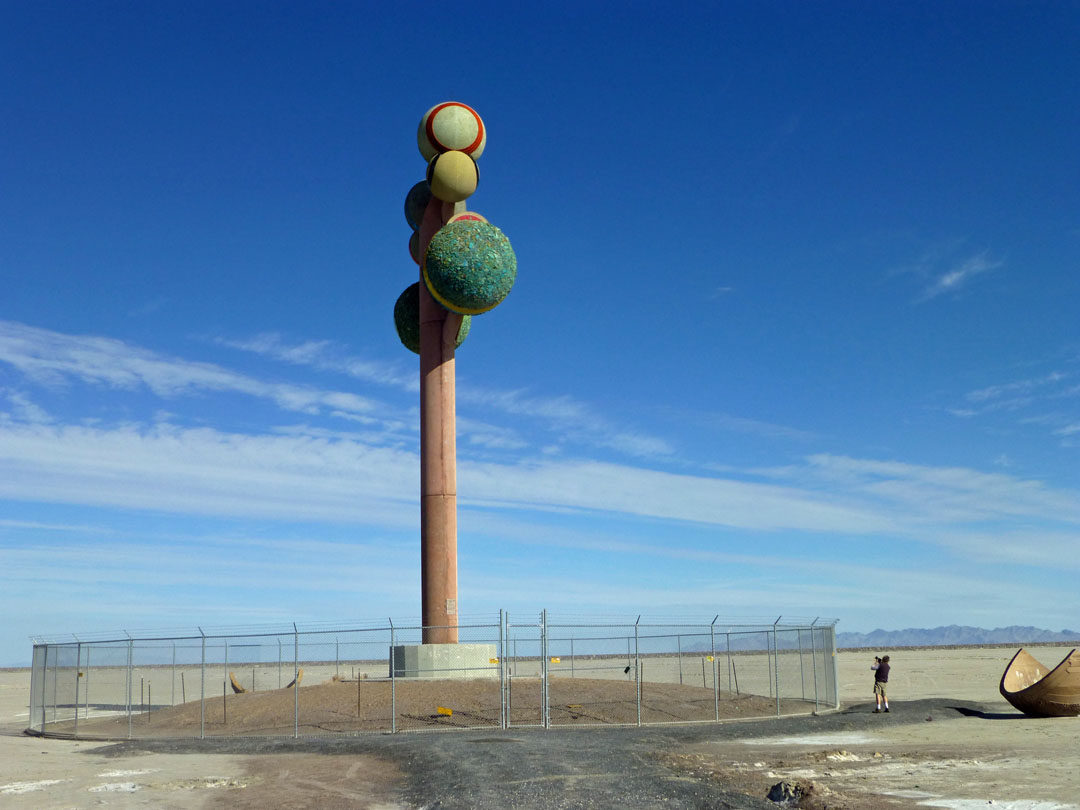 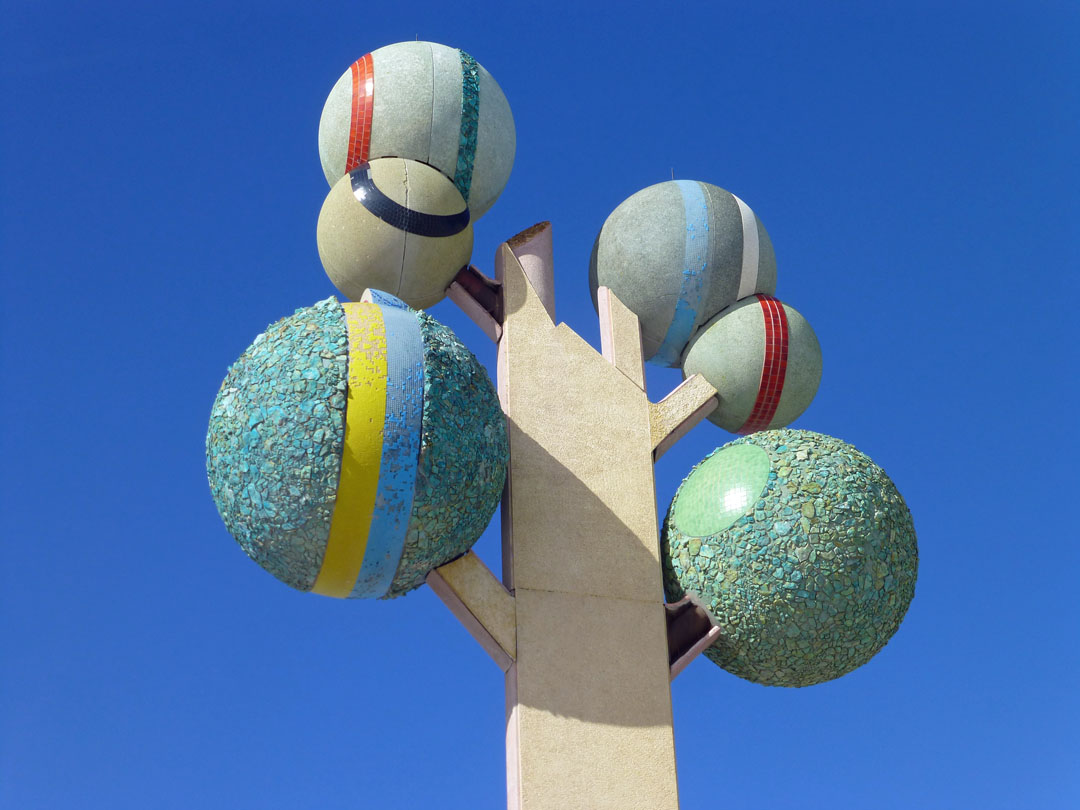 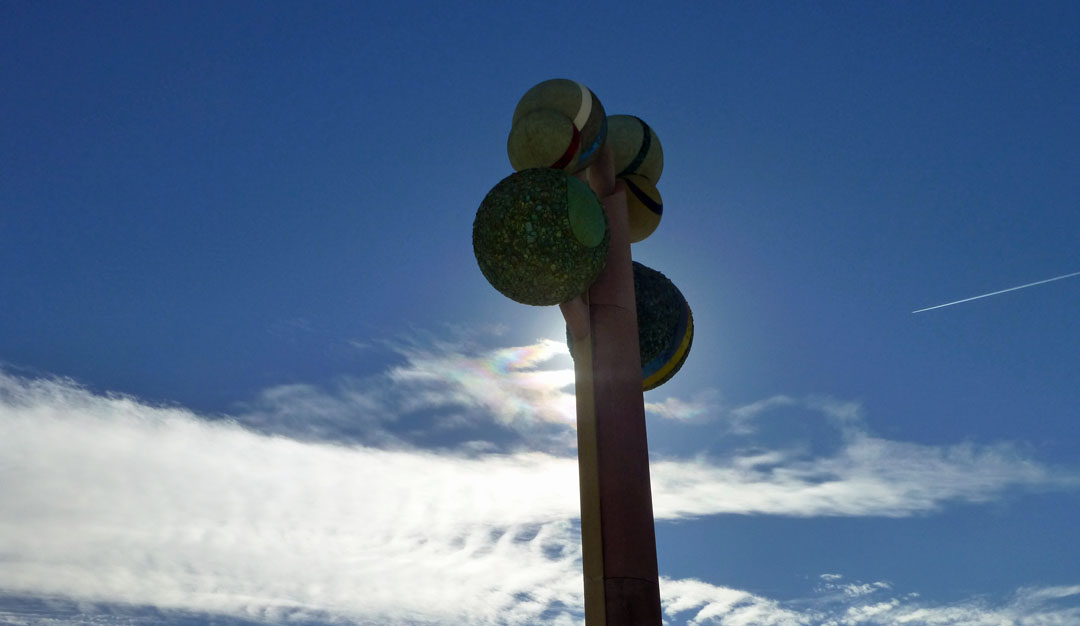 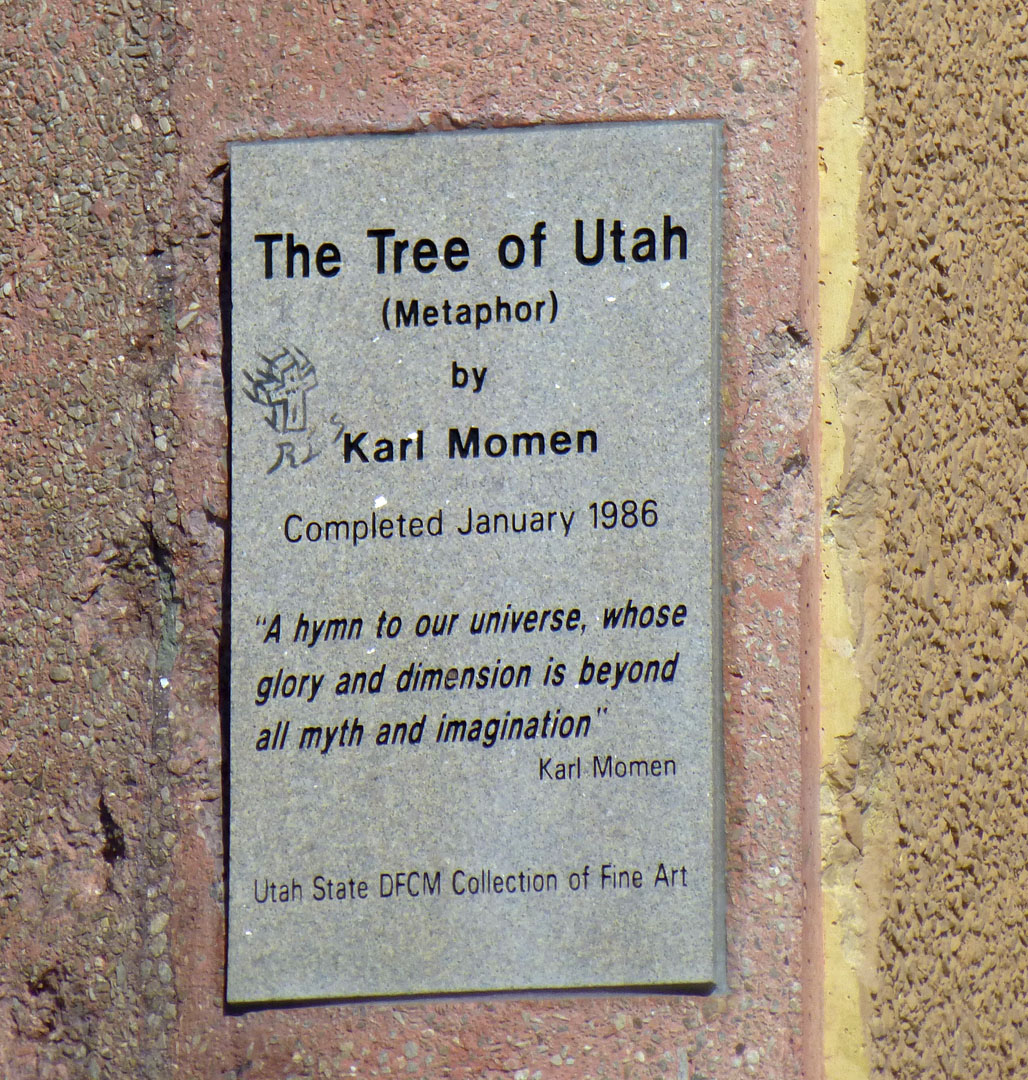 And, no trip to Wendover would be complete without a moment to appreciate the awesomeness of the Salt Flats (pretty much impossible to capture in a picture).  And a reminder that I need to check out speed week next year. 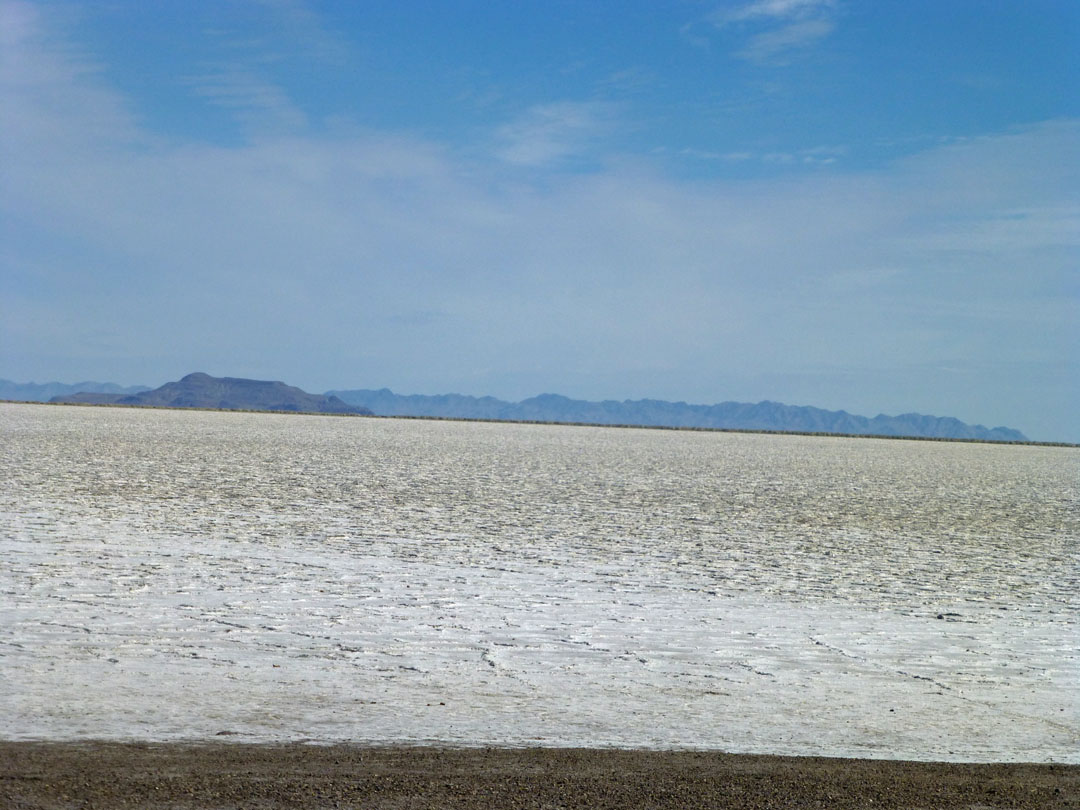 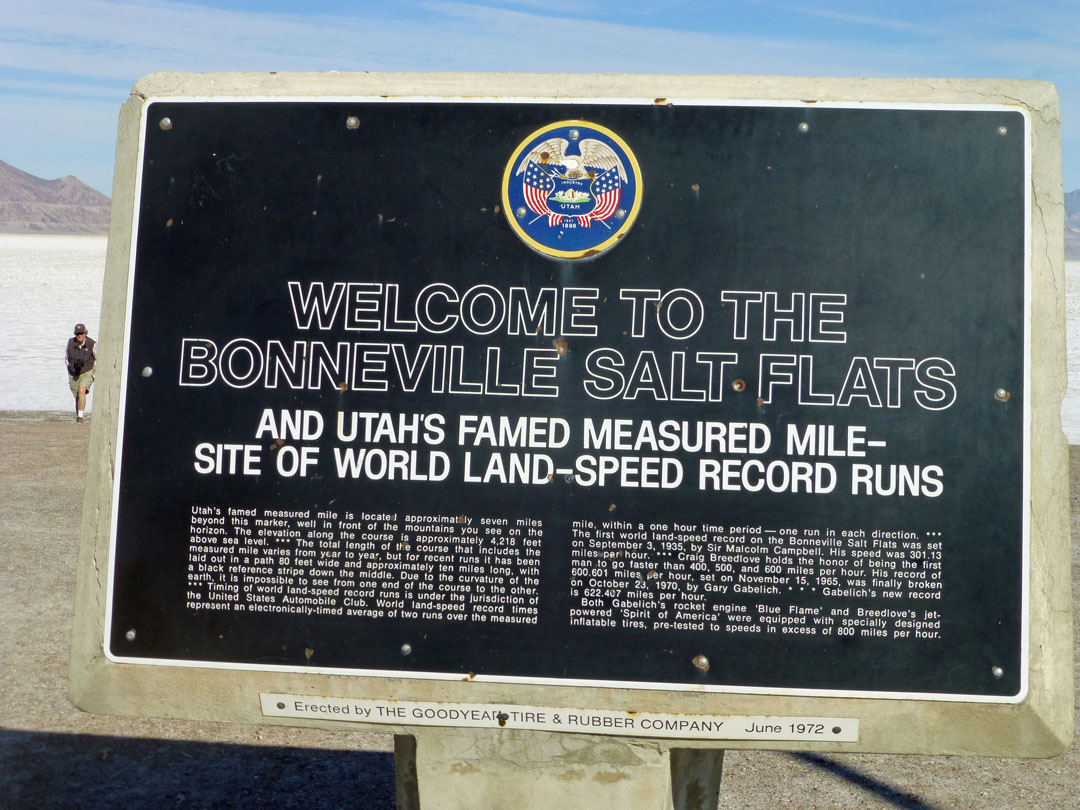 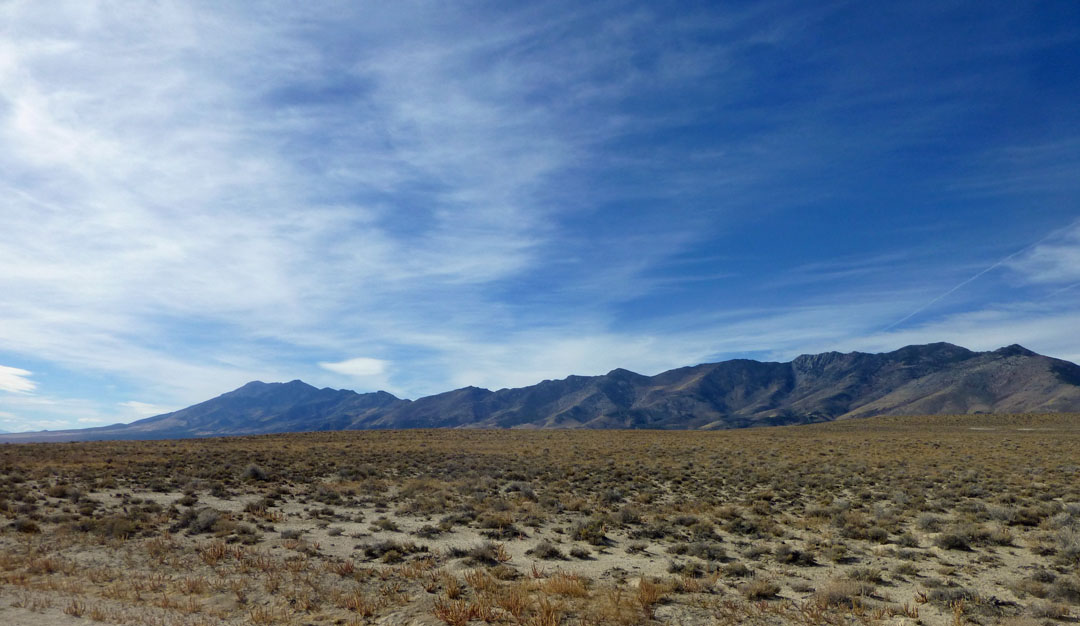 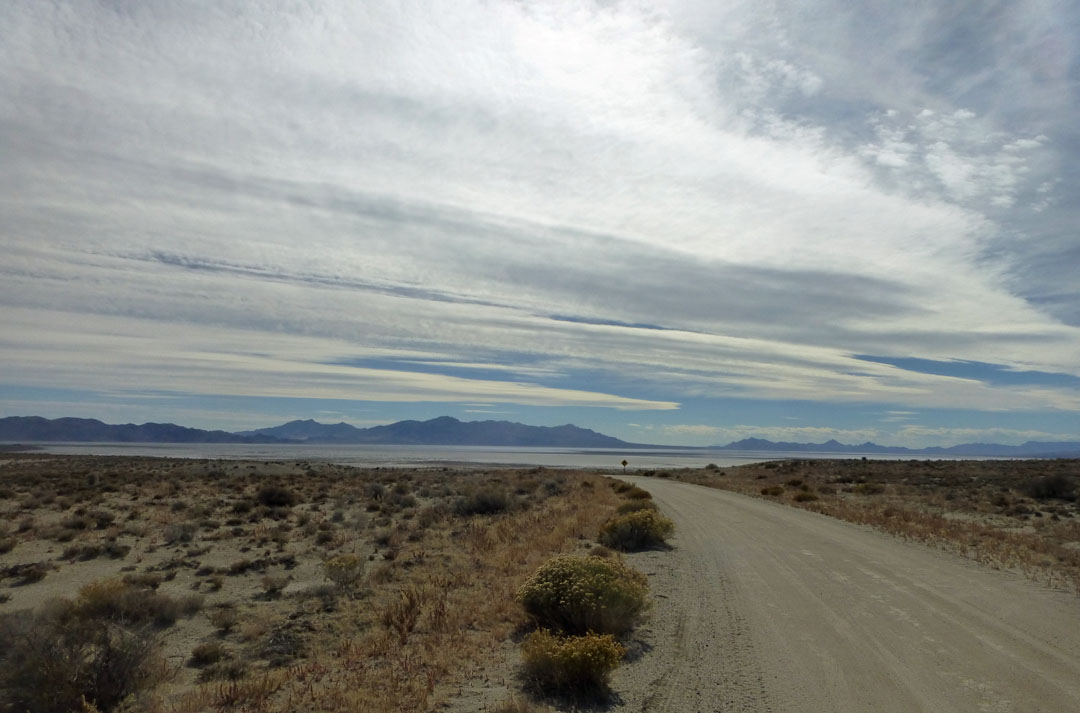 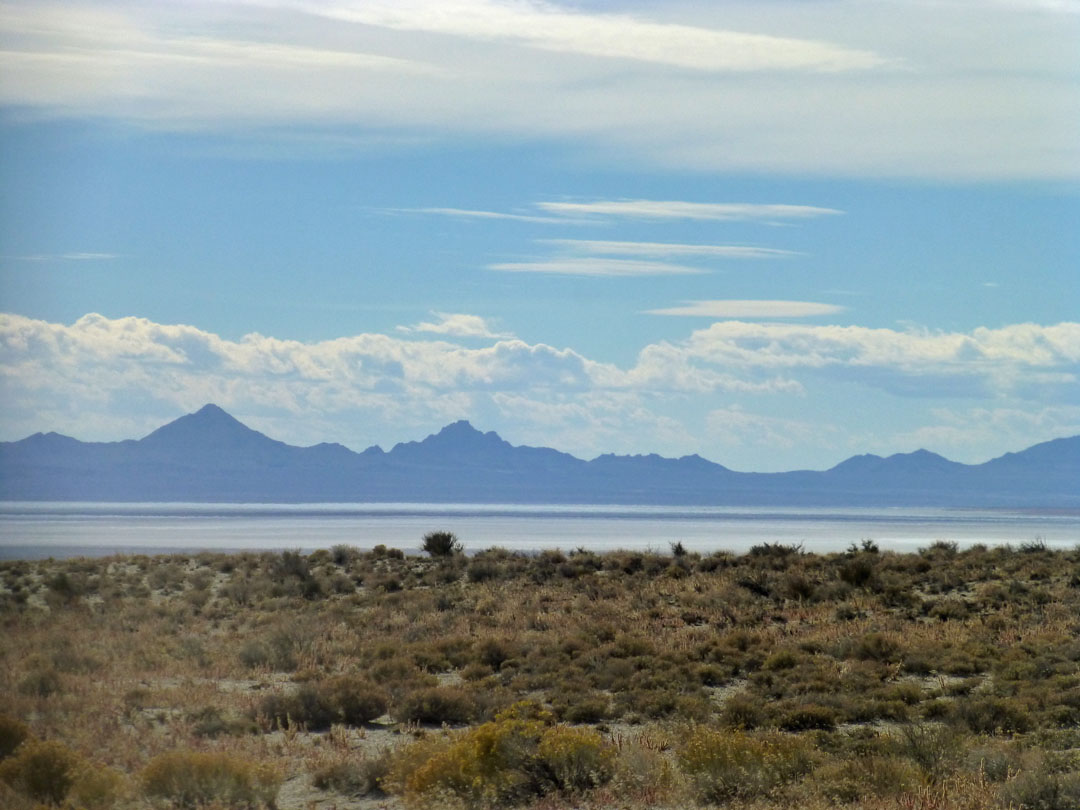 We also ran across a hitchhiker, who refused a ride because we didn't have good snacks. 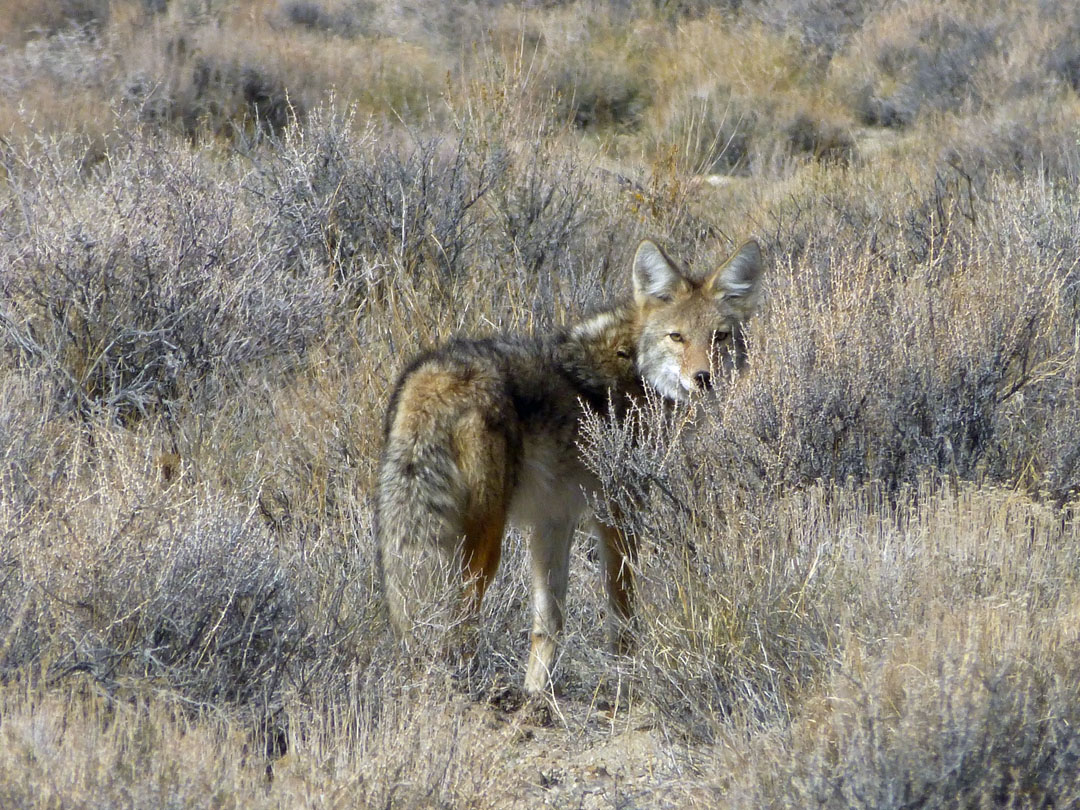 At the North end of the Pilot Range is a microwave site.  In another lifetime, I used to service this site.  During the Summer, it was a really cool place to hang, but in the Winter, well, getting there was a big hassle. 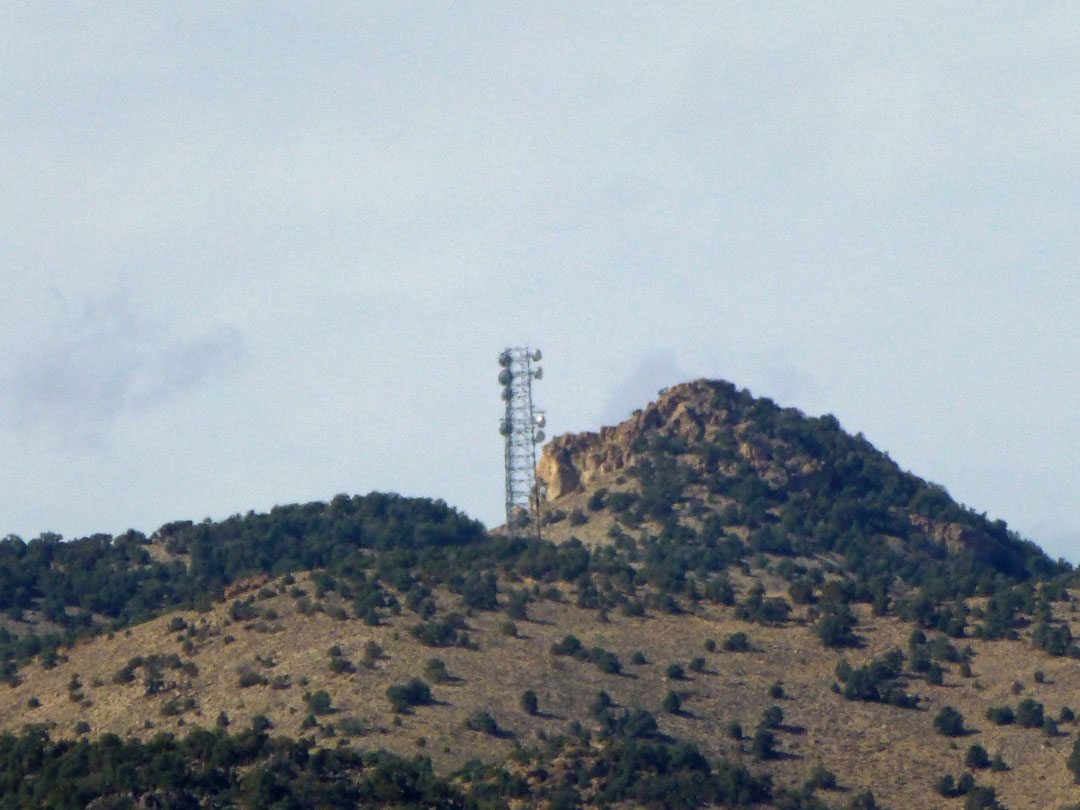 The road was not well marked, but generally the route was reasonably straight forward.  We took the correct spur road for a couple miles and easily found the Sun Tunnels.  On one hand, they were just four large concrete cylinders...  But there are some curious things going on here.  I don't have good info on all the details of the installation, but it has a lot to do with the sun on Solstice and Equinox.  The holes in the tubes have significance as well (I guess!)...  maybe a solar calendar of some sort.  Anyway, I missed the lecture...  but I have the pictures! 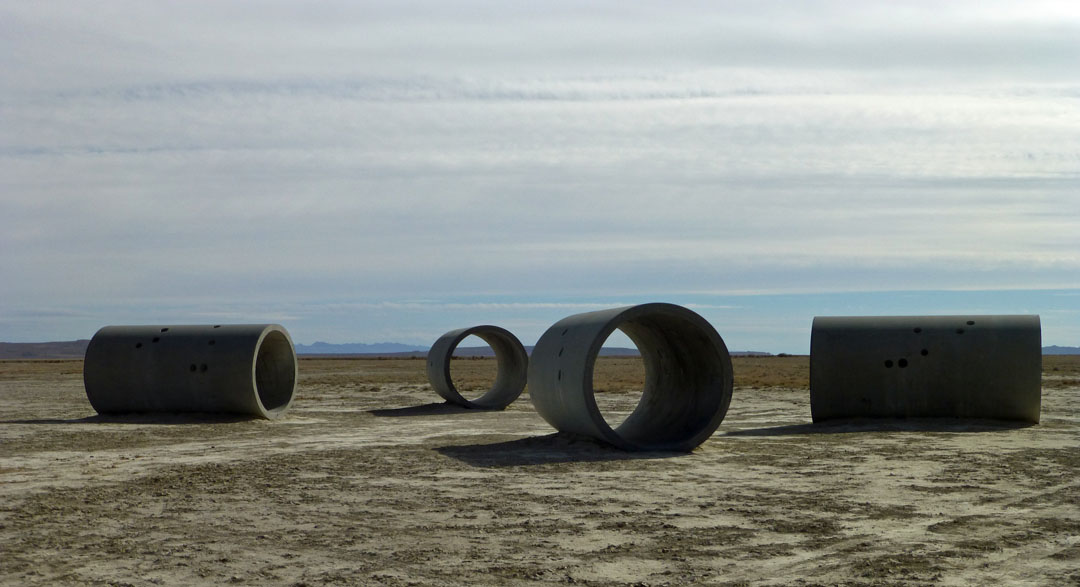 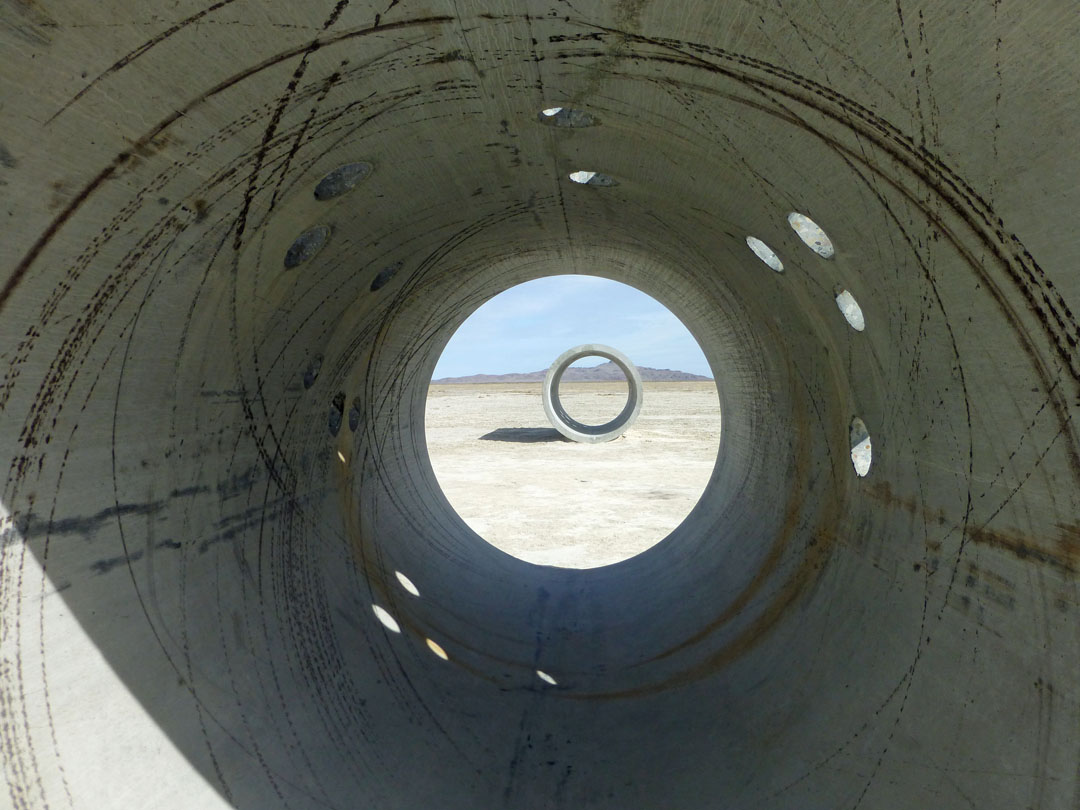 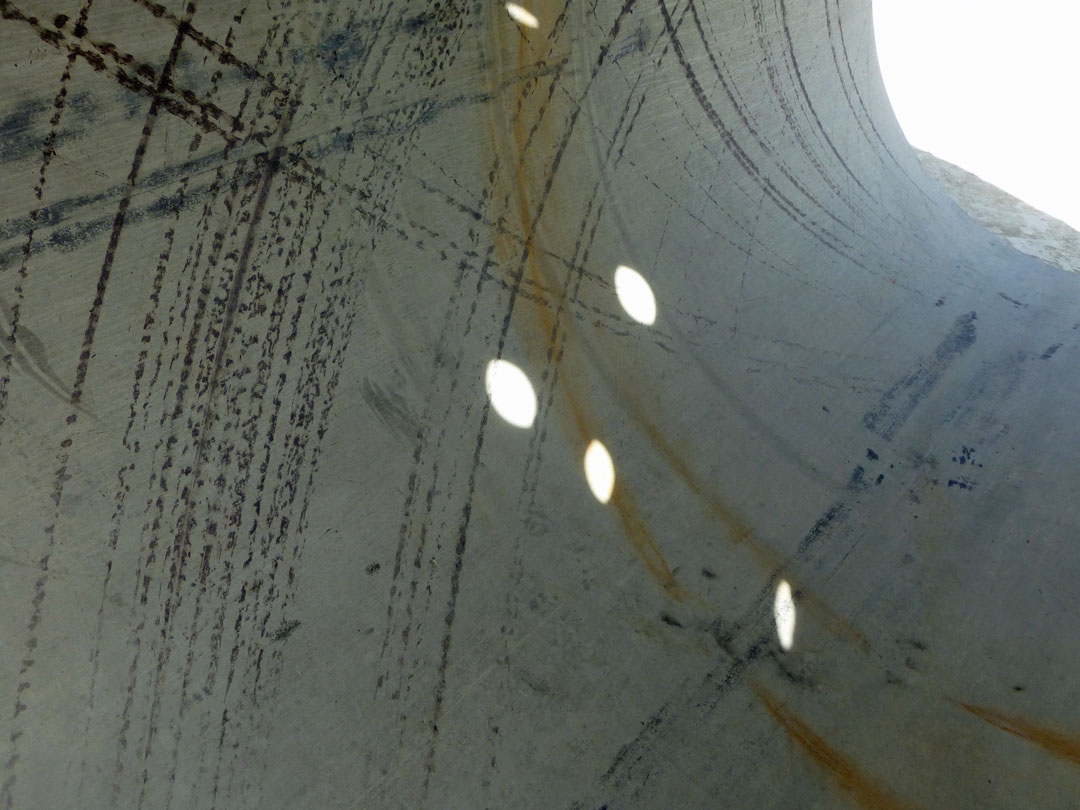 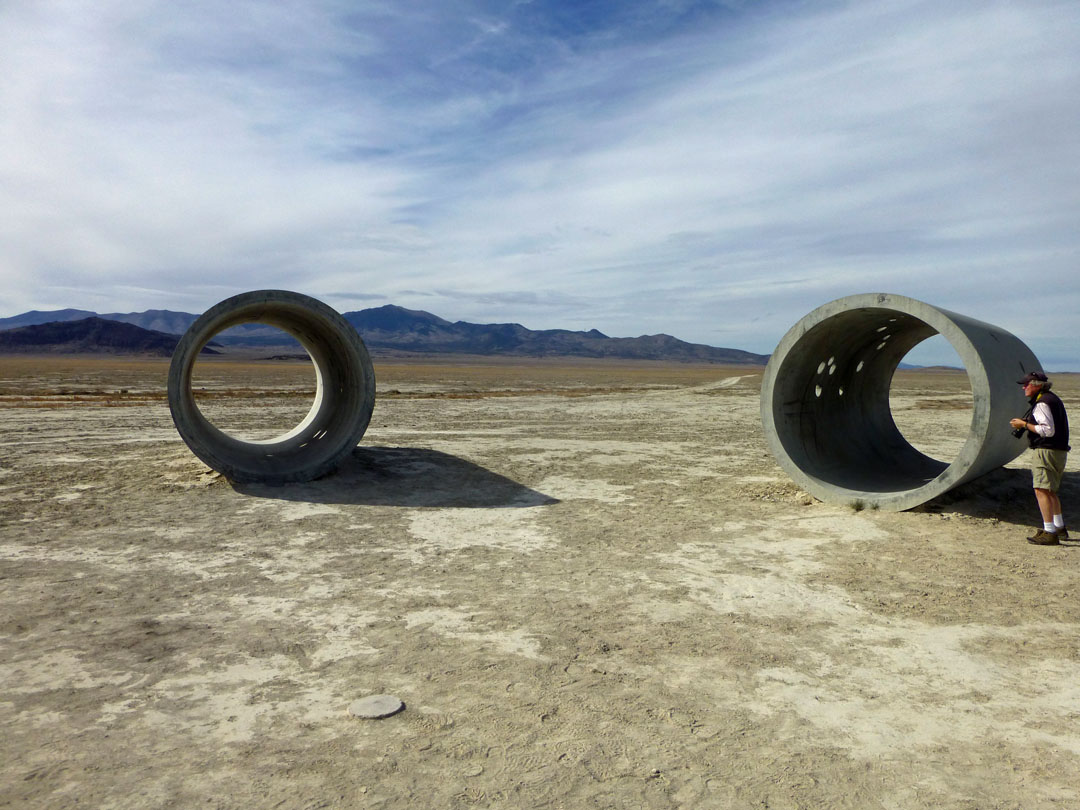 Here's Rod, the world's greatest photographer, taking a picture of something...  holes in concrete? 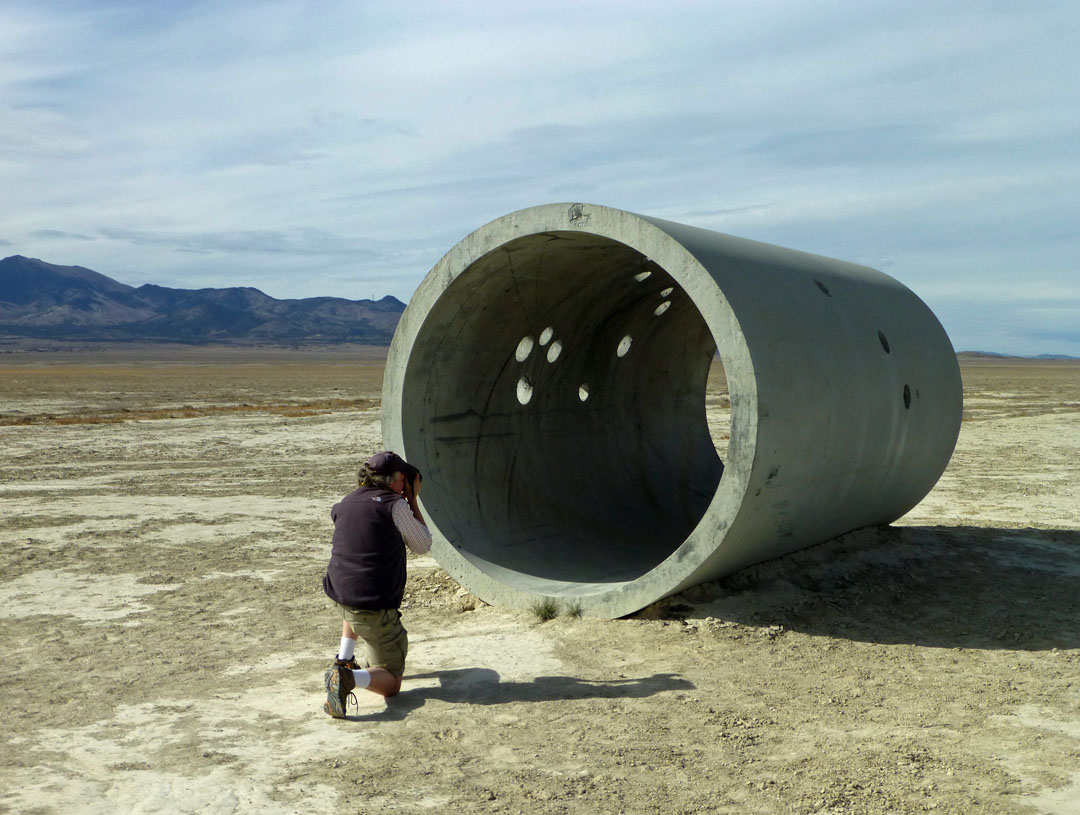 And an obligatory pic of the vehicle that got us here...   With new Yokohama's keeping us on the road. 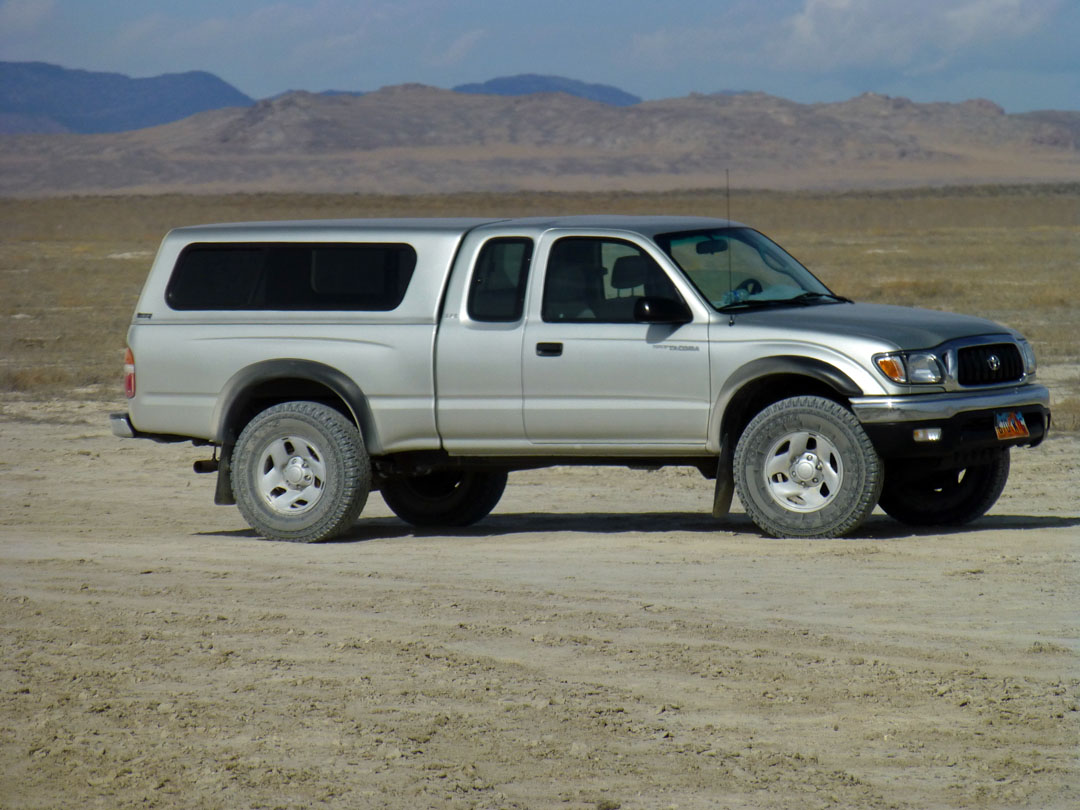 Leaving the Sun Tunnels, we drove another few miles north to Lucin, basically a ghost town/oasis, originally a major site for railroad construction.  Not much left except a shot up monument. 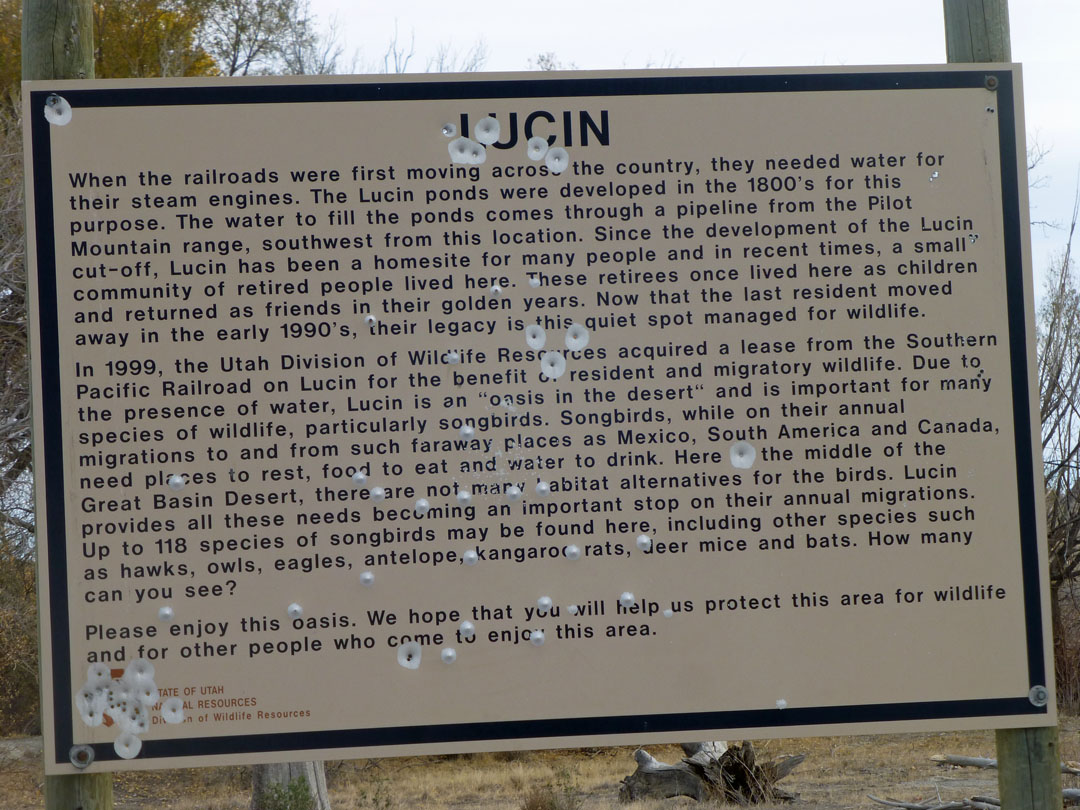 Then it was back to the highway that connects Northern Utah to Eastern Nevada.  We thought about getting a beer at the Cowboy Bar in Montello; however every deer hunter in the area had decided to catch football on this Sunday afternoon...  crowded as hell... 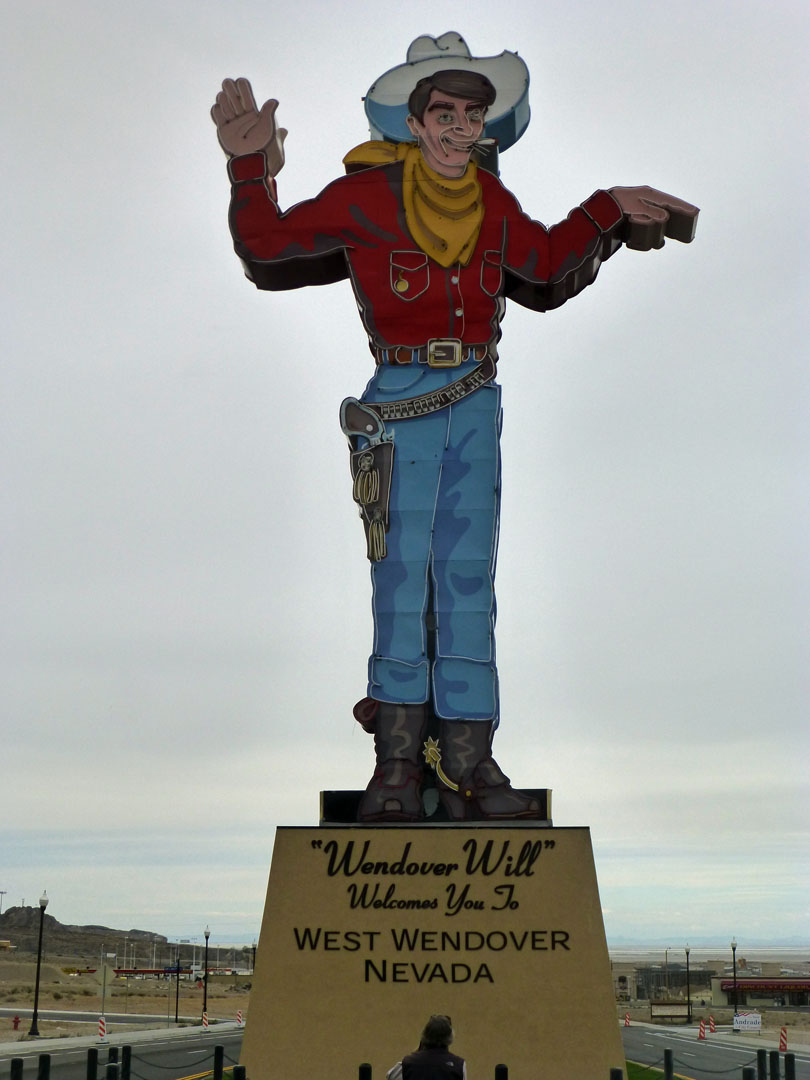 But apparently all the lonely babes had gathered their hangovers and headed back home that morning.  All we found were the desparate, the meth addicted, and the retired...  kinda depressing all in all.  But the casino was glitzy, that's for sure... 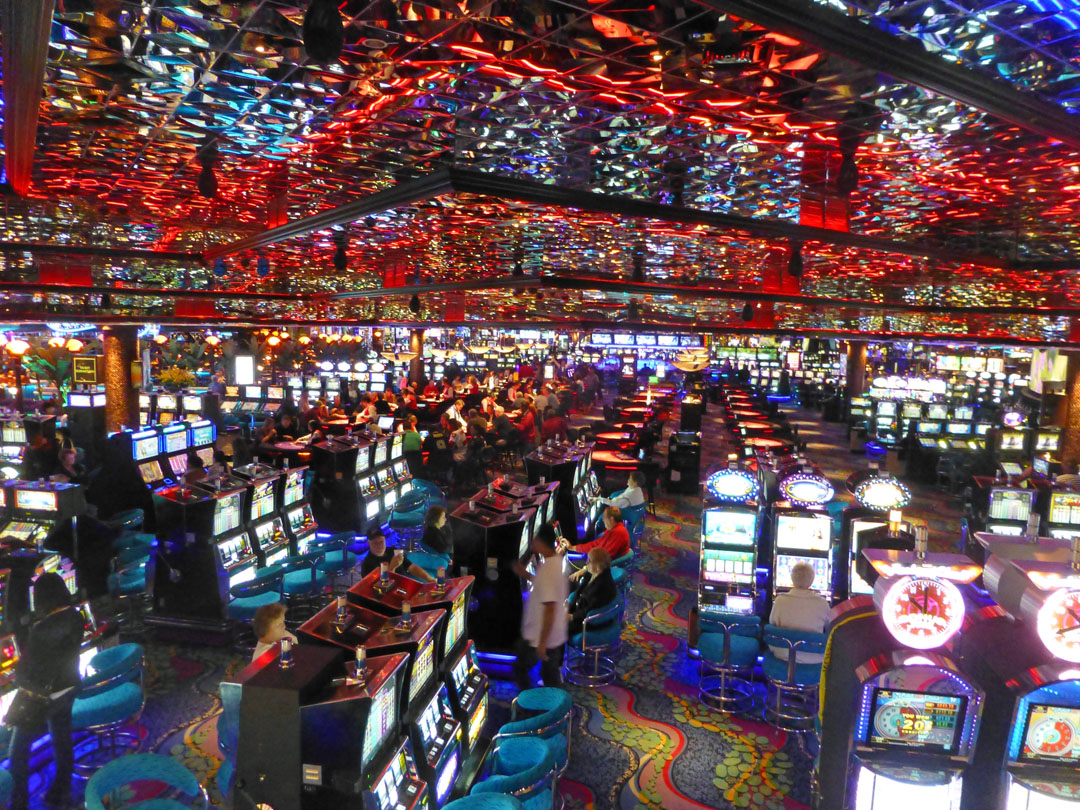 So we pigged out at the buffet and headed home ourselves...  All in all, a good daytrip...

Posted by Sherm Clow at 9:14:00 PM
Email ThisBlogThis!Share to TwitterShare to FacebookShare to Pinterest