One of our interviews was with the ND Parks and Recs folks. They were kind enough to arrange a "private" tour of the close by Fort Abraham Lincoln State Park. While the park is open in the winter, the weather keeps the tourists at bay (and our tour rather brief!).

The Fort is home to a museum built by the CCC (perhaps a good idea to try again now with our continuing recession). 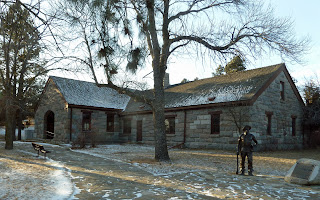 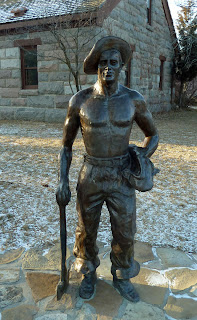 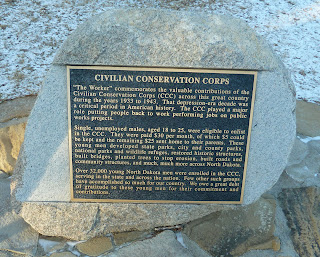 The park also features a restoration of the On-A-Slant Indian village, the original occupants of this area in the 1600-1800s. The village features several earthen mound homes. 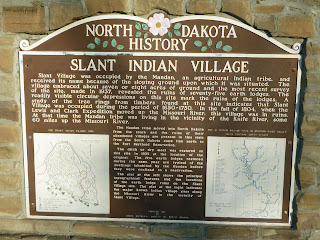 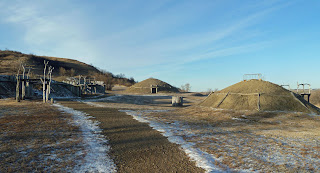 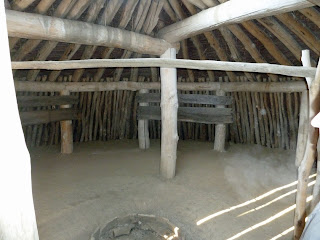 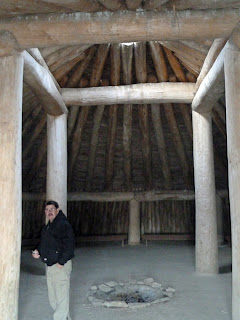 Canadian geese are prolific in this area (next to the Missouri river). 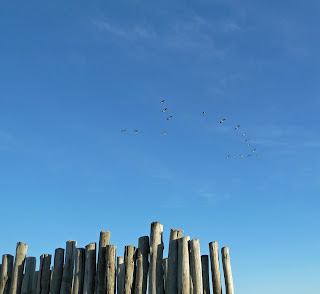 But Fort Abraham Lincoln is most famous as the homebase of General Custer and his army. His house has been restored, along with some of the barracks buildings. From this base, Custer led his men to their fate at Little Big Horn. Some curious facts... Custer graduated totally last in his class at West Point, yet had an exceedingly successful military career... until he didn't. 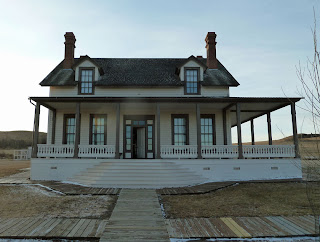 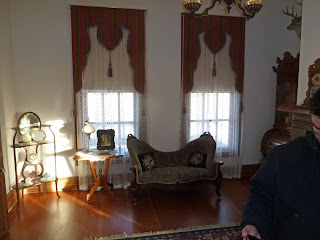 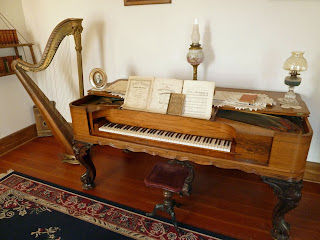 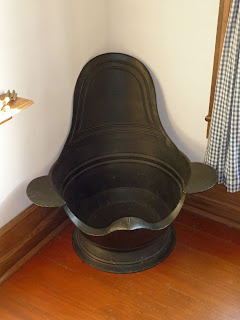 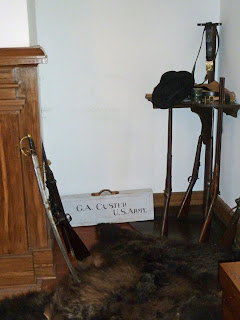 Supposedly, Custer's wife's ghost still haunts the house and grounds. Probably as revenge for having to wear these very narrow shoes. 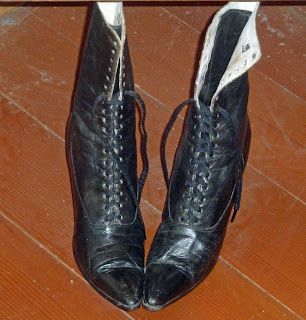 Apparently, many women of the time chopped off their little toes in order to fit into these fashionable shoes of the day. And we are incredulous about Chinese foot binding.

One barracks and a zillion more geese. 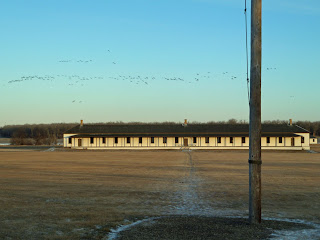 Finally, a shot of the wide Missouri... finally back in its banks after the worst flooding known to North Dakota. 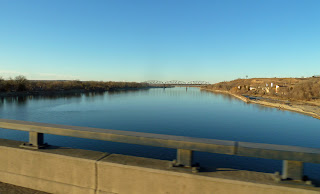 Posted by Rev. Willis at 1:48:00 PM
Email ThisBlogThis!Share to TwitterShare to FacebookShare to Pinterest