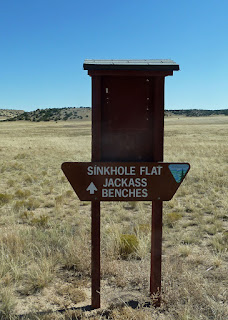 Last week an intense drama unfolded in the middle of the San Rafael desert. Would two intrepid hikers manage the 10 mile distance from camp site to Swayze's Leap and back under the hot sun with limited water resources, or would they be rescued by young Swedish girls in a large SUV? Well, neither happened, but more on that later.

We did manage one more trip into the San Rafael before the incredible October weather turned toward winter. Temps were great, even reasonable warm at night, and the skies were perfectly clear. The desert was just waiting for our exploration. We've spent some time in the past checking out the Upper Black Box off the Mexican Mt. road, so we decided to find the Lower Black Box, to the south of Mexican Mt.

But first was the long 4WD road across the Sinkhole Flats and Jackass Benches. 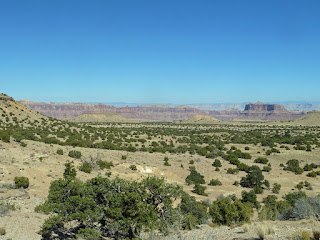 After some rough going, we finally decided enough was enough... and a nice campsite presented itself encouraging the decision. After setting up camp, we decided to explore a bit and, amazingly, soon found ourselves on the south edge of the Upper Black Box. Weird how the rivers and roads flow through that country. Anyway, we got some great pics. 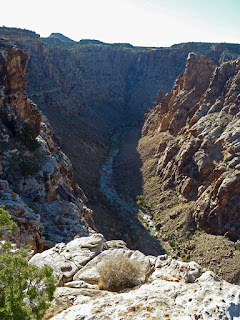 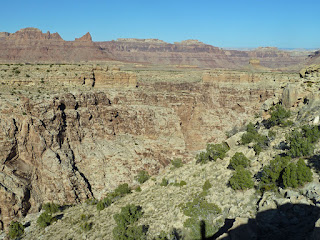 Back at camp, it was Modelo time. 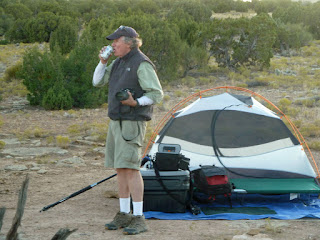 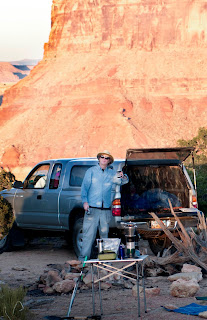 As the sun began it's evening descent, the long shadows fell over the desert. 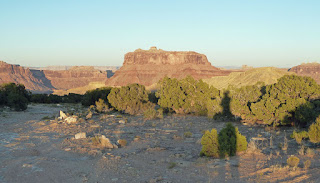 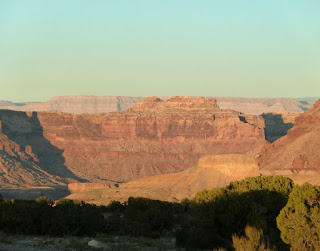 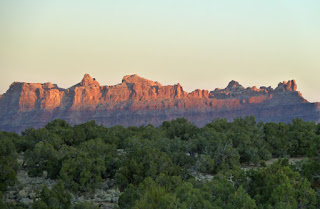 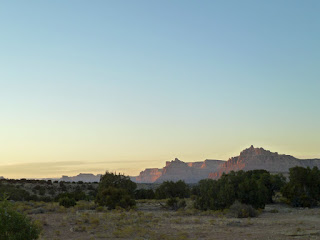 The next day, after filling up on sleazy huevos rancheros, we began the big hike to Swayze's Leap. Being too chickenshit to drive any further on the road (the truck would have made it, but I didn't have much confidence in the driver), we had about a 3 mile hike to the trailhead, then about 2.5 miles to the Leap. The hike brought us closer to Mexican Mt., and obviously someone had been there before us (how, I don't know). 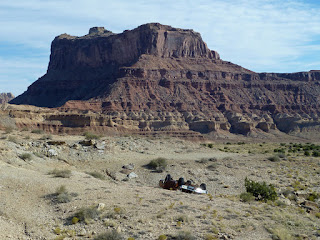 We finally made it down to the river, where it winds around Mexican Mt. and then begins to cut into the Lower Black Box. 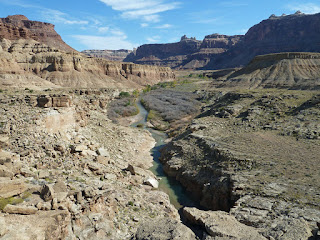 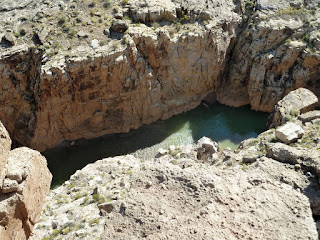 There's a very narrow point where supposedly Swayze jumped his horse across the canyon. Note the trail on the other side. 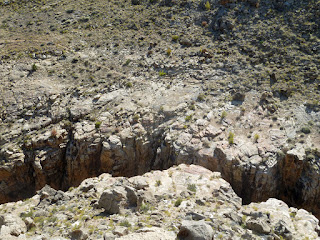 Regardless of myth, this area was fantastic, and offered great views all around, and great opportunities for pics. 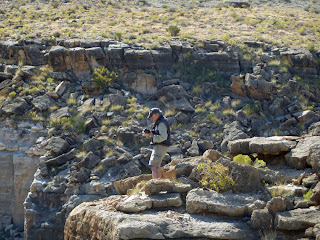 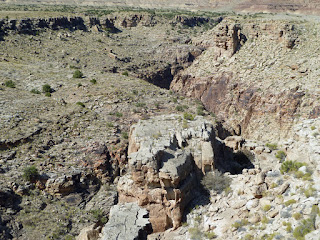 By now, it was midday and the sun was beating down. Thankfully the temps were moderate, but still, the miles hiking out were going to be tough. I kept thinking if we made it back to the trailhead, and the road, maybe we could get a lift back to camp if anyone was around. Beautiful Swedish girls sounded like a good idea. Well, that didn't happen, but we did run across a group of folks with their expanded ATVs who gave us some extra water, then offered us a ride back to camp. Wonderful! Saved by ATVs! Back to Modelo and Tequila and good food and a farewell look at Mexican Mountain. 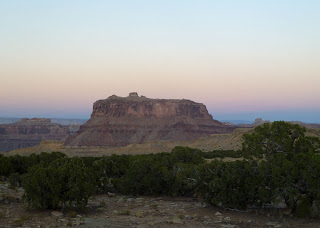