If you spend a night at this roadhouse: 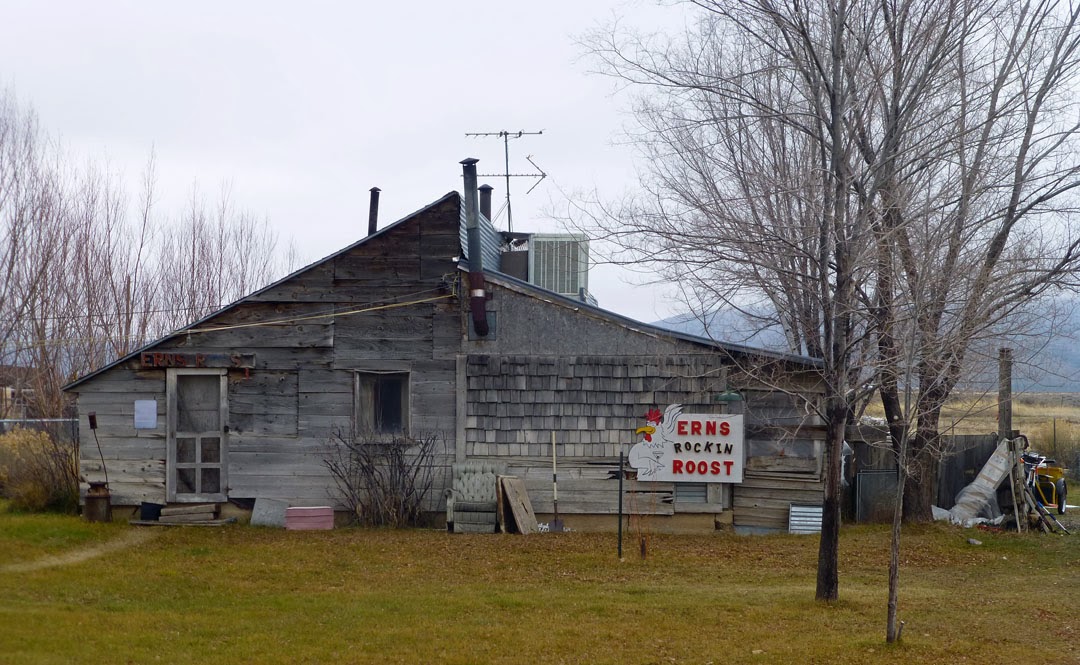 Is this what happens to your dancing shoes? 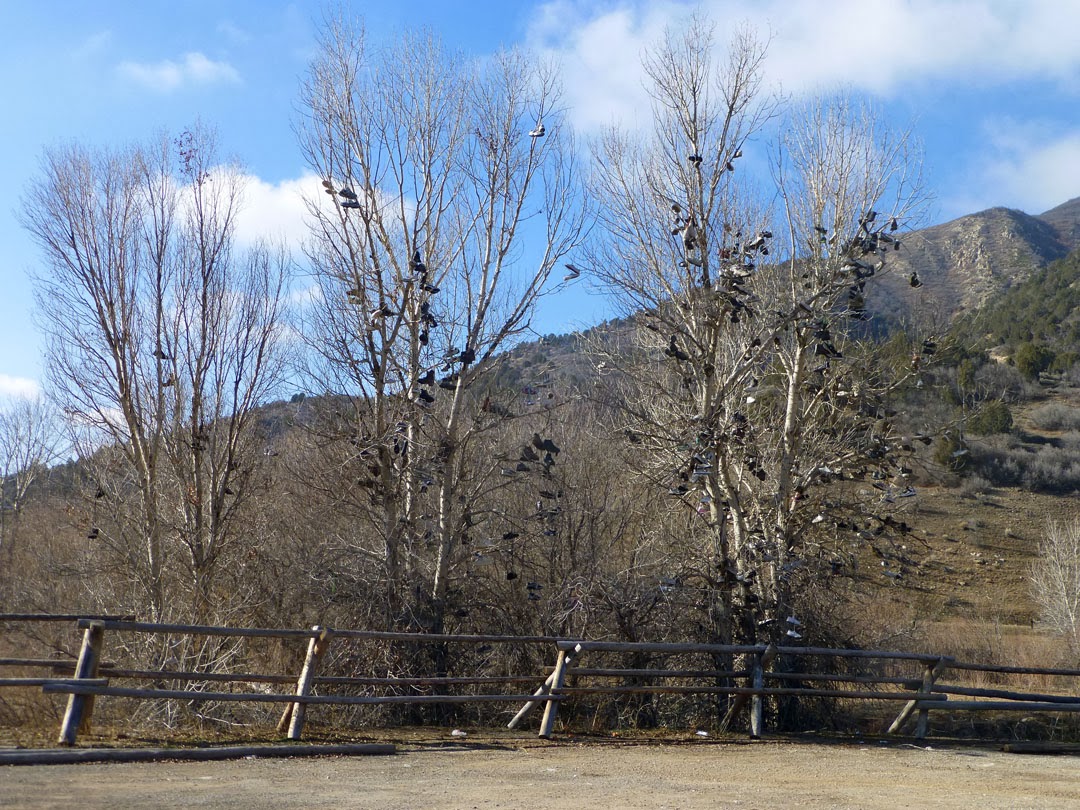 (click on pics for a larger image)
Posted by Sherm Clow at 4:46 PM No comments:
Email ThisBlogThis!Share to TwitterShare to FacebookShare to Pinterest 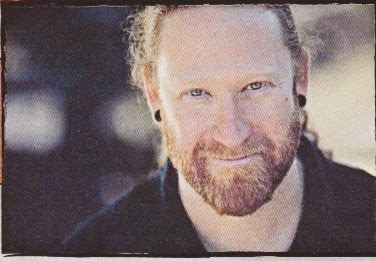 Family and friends gathered for a memorial concert celebrating the life of Will Lovell.  In particular, many of his musician friends played long into the night.  The evening culminated in a reunion of SLAJO, performing two compositions Will Lovell had prepared for the band.

Pictures and tunes can be accessed via the SLAJO web site.

Posted by Sherm Clow at 4:23 PM No comments:
Email ThisBlogThis!Share to TwitterShare to FacebookShare to Pinterest

Death of a Jazzman 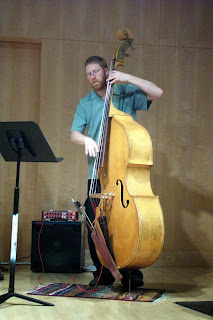 Around the new millennium, this city was blessed with an amazing jazz scene. Fueled primarily, but not exclusively, by a crop of young and creative musicians out of the University Jazz Studies program, combined with a revived popular appreciation of the genre, jazz became the hot music around town.  In clubs like the Zanzibar, Monk's House of Jazz, the Urban Lounge, and others, these musicians formed a floating series of combos, and eventually a big band, to bring an exciting brand of jazz to its new and old fans.  I was lucky enough to see, hear, and even record much of this music. 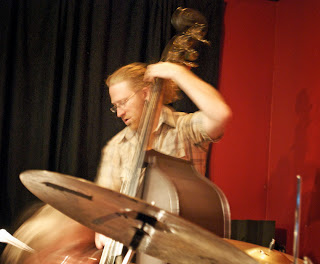 One musician in particular formed the backbone of many groups, the bassist Will Lovell III.  He had the power, creativity, and especially the sensitivity to drive or to follow the other players as they propelled the music forward.  Out of all the groups who performed during this era, perhaps the award winning combo John Henry and the big band SLAJO (Salt Lake Alternative Orchestra) were the most famous. 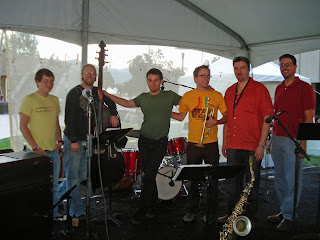 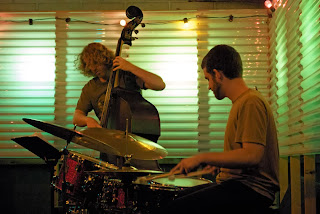 After about 10 years, this amazing local jazz scene slowly dissolved, as the musicians began leaving for advanced degrees elsewhere, and to seek fame and fortune in larger cities.   Lovell himself, while playing and touring in country and rockabilly groups as well as jazz combos, would get his degree and move to Los Angeles.  While there, one of his gigs was with Willis Clow in the guitar ensemble Wirechoir. 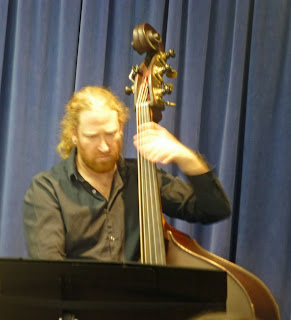 Lovell also began playing on cruise ships.  And, unfortunately, this is where he met his end.  We've just heard that Will Lovell drowned in a swimming accident while off a cruise ship in the Caribbean.  This is a tremendous loss to all of us who knew him and enjoyed his music.  I'll always appreciate the times I spent with him, drinking wine after a recording session at Joanne's new modern, or the afternoon at the first USC-Utah meeting in the Los Angeles Coliseum.

Below are links to a couple tunes I recorded that feature Will Lovell.  The first is from his Senior Recital, the second is from his group One-Fifty-One at the Zanzibar.

For more pics and music, please check out the SLAJO web site, and note the links to John Henry as well as the New Improvised Music Festival where Lovell played in the trio Friendly Robot. 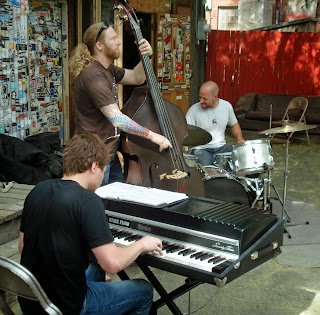 A great musician, a great guy...  he will be missed.