Most of us know that the only reason to hang around this oppresive State is the incredible beauty found in the desert (and mountains, and lakes, and streams, etc.). Maybe the most beautiful State in the nation, at least until the four wheeling and oil drilling destroys all the scenic wonder.

A friend at work has a pretty cool website documenting the hiking and camping experiences he and his wife have explored around Utah (and neighboring States). The site includes extensive photos and descriptions of zillions of neat places (many you may never heard of). Check it out when you get a chance, or when you want some ideas of places to explore (while blowing $4 gas!).
Posted by Rev. Willis at 9:25 AM No comments:
Email ThisBlogThis!Share to TwitterShare to FacebookShare to Pinterest 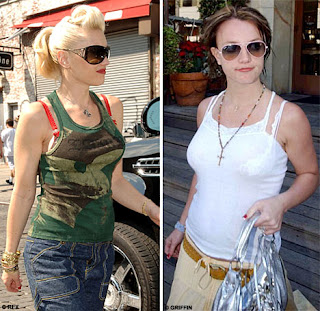 OK, I know this has been going on for some time.  Some sort of Madonna thing from years ago.   What's with this acceptance of exposed bra straps?  How sleazy have we become?   Yes, I know it's generally accepted, now, which, even as informal as I am, still bugs me.
I mean, if you are a drunken floozie spending afternoons in a dive bar hoping Bukowski will write a poem about you, then let 'em droop...
So I'm in this nice restaurant in Venice, ordering wine and pasta...  An attractive young blonde dressed in contrasting black with slim shoulder straps takes my order.  Besides the tatoos running down each arm (my issue, and another topic), her bra straps hung over her shoulders.  Way unattractive, and not particularly appetizing.  Needless to say, even with the wine, the service sucked, and the food did as well.  Guess it all goes together.
Anyway, while I'm not exactly a paragon of fashion and style, I'd hope we still had a little class left in our culture.  Guess not...
Posted by Rev. Willis at 7:30 AM No comments:
Email ThisBlogThis!Share to TwitterShare to FacebookShare to Pinterest 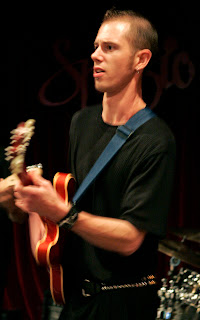 Way back when, after Miles redefined jazz with Bitches Brew and Jack Johnson, when jazz, in order to survive, embraced rock to create a new sound in popular music...  way back when, it was called "fusion".
Unfortunately, this fusion sound soon went is a less desirable direction, becoming a hackneyed style that was easily assimilated into the more palatable "smooth jazz".   Groups like Return to Forever produce some great stuff but also expressed the excesses of the form and soon degenerated into the smooth category.  Fusion, at least to me, became something to avoid.  The promise of Miles, the great integration of jazz, rock, r&b, etc., soon became a boring formulaic sound.
But fusion is back, with a new vitality.  Find it on XM 70...  Beyond Jazz they call it.  Led by the latest generation of jam bands as well as the younger jazz dudes (who have musical depth in many directions), a new, more promising integration of styles is taking place.  Fusion is finally showing its promise.  And the best of the past is now resurrected.  I listen to XM quite a bit (and other than resampling around Billy Holiday--horendous!), I like what I hear.
So I'm pleased (for many reasons) to finally get the CD project (to finish his Masters at USC) from Willis.  Five tunes, all originals by Willis except for the wonderful interpretation of Dylan's "Don't Think Twice, It's Alright".   Some country, some rock, some jazz, all well expressed (with more emotion than I expected), and well integrated, and well played.  Lots to hear and enjoy.  Hopefully we can get the group on this CD up to SLC for the Arts Fest next summer.
Also, I'm planning to post MP3s of the music on his web site in the near future.  A limited run of demo CDs will be produced as well.
The new fusion, finally the promise fulfulled.  And thanks, Willis, for getting this done,  A father's pride, a great musical accomplishment.
Posted by Rev. Willis at 12:21 PM No comments:
Email ThisBlogThis!Share to TwitterShare to FacebookShare to Pinterest

So I'm sitting in a Starbucks somewhere in West L.A. kludging together some sort of breakfast. A bad sleeping night only added to my general opinion that the world is going to hell... But Coltrane was playing over the sound system and a young woman was reading "The Road to Los Angeles" by John Fante, so maybe something is right with the world.
Posted by Rev. Willis at 8:58 AM 1 comment:
Email ThisBlogThis!Share to TwitterShare to FacebookShare to Pinterest 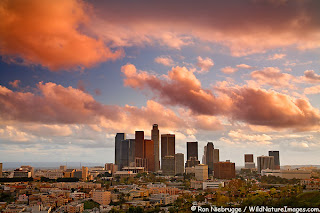 Off to LA LA Land for the weekend. Fake son is holding down the fort. A couple nights in Marina del Rey, then back to OC for a couple days. Will try to blog a bit when I have a good connection. Enjoy some good tequila while I'm gone!
Posted by Rev. Willis at 9:28 AM No comments:
Email ThisBlogThis!Share to TwitterShare to FacebookShare to Pinterest 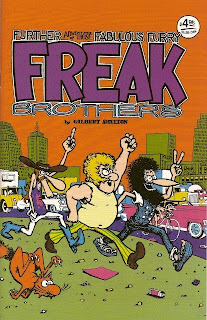 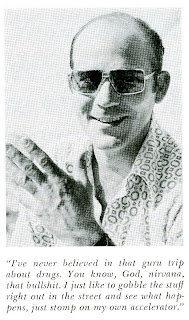 Hear a lot about heroes these days. A term easily applied for the simplest of circumstances. I've always had a strange collection of heroes. Seems like all of 'em had bizarre and fantastic qualities, yet were all assholes at some level. Hunter Thompson's excesses made for great press and crazy comments, but also made him dangerous and inconsiderate in much of his personal life. George Carlin was another hero. What an inciteful and socially relevant comic, yet in his last years, he often got downright mean in his routines.

Ted Turner is another of my heroes, one of the great media moguls, and long time owner of my beloved Braves. A braggadacio (known as the "mouth of the south"), yet he accomplished so much. Who could have believed starting a whole new news network (CNN)? I was pissed when he sold out to Time-Warner.

Mark Cuban has inherited the role of this age's Ted Turner. I love his ideas about HD TV, his networks, hiring Dan Rather, and other accomplishments. He's also a very controversial figure, in trouble with the NBA, probably blackballed by MLB from buying the Cubs.

Yep, my heroes have always been assholes (hey, let's throw in Bukowski!)... Probably a reflection on myself. Everytime I do something I'm proud of personally, it's not long before I show myself as the dickhead I really am.

The only hero I have who is truely a great person is my son Willis. I can't think of any really bad qualities. He's kind, considerate, polite, smart, yet cynical deep down and wise beyond his years. Definitely an improvement over me. I guess the idea of progeny is to improve the species. I can't believe Willis is the fruit of my loins... had to be his mother responsible for this kid turning out so well. Of course, he's not rich and successful in the traditional sense, but maybe that will yet come and hopefully on his own terms. http://www.willisclow.com

So, heroes... give me the crazed, the wild, the destroyers of barriers, and maybe one or two genuinely fine folks...
Posted by Rev. Willis at 11:01 AM 1 comment:
Email ThisBlogThis!Share to TwitterShare to FacebookShare to Pinterest 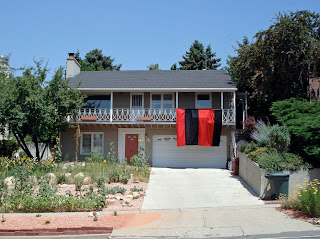 Well, it should be a Tricolor, and it's more appropriate for May 18th than July 14th, but we Bastilles never were particularly politically correct.  Happy Bastille Day!
Got to do something to spice up the neighborhood.
You also get a bit of the Lost Clowboy Desert, now baking in the heat of Summer.
Posted by Rev. Willis at 3:16 PM 1 comment:
Email ThisBlogThis!Share to TwitterShare to FacebookShare to Pinterest 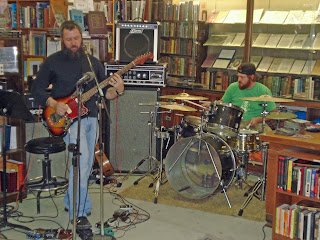 Thought I'd post a shot of the Gentry Densley gig at Ken Sanders Rare Books.  Not exactly music for shopping, but Ken is a true patron of the arts.  Thanks to him for doing this.
Gentry is also known for his work with Iceburn, a major experimental band in SLC dating back to the 80's, and maybe further back.  His gigs at the infamous Kilby Court got me into recording.  So I have much fondness for Gentry as he has always challenged the musical status quo.
Posted by Rev. Willis at 6:09 PM 2 comments:
Email ThisBlogThis!Share to TwitterShare to FacebookShare to Pinterest 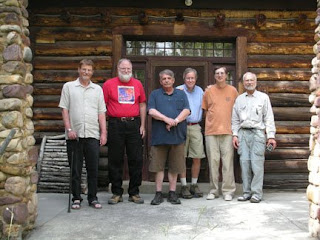 I mentioned that a few of us got together over the weekend.  We celebrated Nick S. Bastille's 60th, as well as our friend Rodney, who's back in SLC after decades in Boston.  Nick C. Bastille was present as well.  The function was held at the Stuart/Snow ranch up beyond Woodland.  A very nice get together.  Here's the stud part of the crew.
Posted by Rev. Willis at 6:04 PM 1 comment:
Email ThisBlogThis!Share to TwitterShare to FacebookShare to Pinterest

I don't really know what it is either. Nice article a couple months ago in the LA Times, with pics of some really weird looking dudes who play this music then go burn down churches or something. Sounds like my kind of people (I'm being bold, here, I'd probably run from them as fast as I could if ever confronted).

Anyway, there's this guitarist around town, Gentry Densley, who I've heard play free jazz, noise music, and all sorts of other stuff (did a stint with SLAJO as well). He's been in a bunch of groups, I suspect a web search would reveal much more depth.

Occasionally he shows up with a distinctive presentation, my favorite was the basement installation of 12 tube amplifiers at max volume with a guitar or bass in front of each putting the amps into total feedback. Arranged in a circle, this created quite a cacophony of sound. Actually, probably not a correct description, more like a giant roar!

Ken Sanders Rare Books hosted another presentation, this a shortened form of his latest group, Ascend. Just guitar (heavily modified) into a couple amps, with a drummer. Whatever he played, very heavy, suggested the Norwegian Black Metal image I got from the LA Times article.
Check out the Ascend CD at: http://www.southernlord.com

If I were at my real machine, rather than stealing time at work, I could post a picture of the show. Maybe next time. I'm still learning this blog thing, lots of possibilities but I never have what I need when I need it. Sounds more like a condition of life!
Posted by Rev. Willis at 11:01 AM No comments:
Email ThisBlogThis!Share to TwitterShare to FacebookShare to Pinterest

Memories of the Huddle

A few of you out there remember the Huddle, an essential gathering place for students (and others of many stripes) at the University of Utah. Quite a few of us received our real college education in the Huddle, probably learned more there than in any classroom. And certainly the social relationships that developed (hey, often trolling for a quick lay worked just fine, en passant...), friendships that still exist today decades later. And the world changed, or so we thought (evolution is the belief, revolution is the ritual) as the days turned into months into years...

The Huddle is gone, replaced by the sanitized version of a gathering place. A big screen TV replaces conversation (plotting), which I guess is the new way to quell revolt, to placate the masses... Which leads me to sports, which really is another blog, another day.

Anyway, we are considering a memorial to the Huddle, perhaps on the 4oth Bastille Family reunion. Think about it...
Posted by Rev. Willis at 12:42 PM 1 comment:
Email ThisBlogThis!Share to TwitterShare to FacebookShare to Pinterest

In the beginning was the word...

OK, stupid start, but at least I've started. So now I have no excuses... I must write, express my deranged thoughts, and tempt Homeland Security and the Bush Admin to slip me a free pass to Guantanamo...
Posted by Rev. Willis at 12:33 PM No comments:
Email ThisBlogThis!Share to TwitterShare to FacebookShare to Pinterest
Newer Posts Home
Subscribe to: Posts (Atom)