Local reaction to the US coup...

And this says it all (thanks Larry and Prudence)... 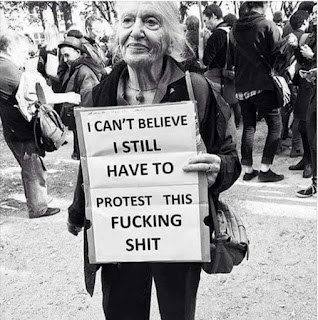 Posted by Sherm Clow at 11:00 AM No comments:
Email ThisBlogThis!Share to TwitterShare to FacebookShare to Pinterest

It's midwinter here, and high pressure is holding all the gunk in our valley.  A generally depressing time of year, and a health hazard as well.  But once in awhile, with the right light, the pollution can actually produce a bit of beauty, lethal that it may be. 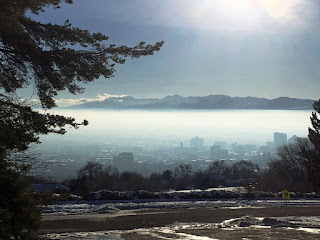 Posted by Sherm Clow at 8:29 AM No comments:
Email ThisBlogThis!Share to TwitterShare to FacebookShare to Pinterest

Steve Jones wasn't a hobo, but his emaciated and grizzled appearance would lead one to assume he was.  Steve and I started the Cosmic Aeroplane back in 1967.  After a few years, I would move on to other things, but Steve kept the shop open and was certainly the soul of the Cosmic.  Eventually new partners and investments would make the shop successful, at least until it's ultimate downfall. 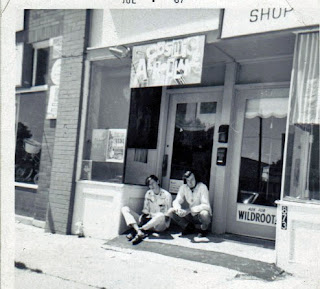 I sort of lost track of Steve's activities after the Cosmic.  In the last year, however, I was able to help him with transportation from a local hospital.  He was facing some serious medical issues which added to his gaunt appearance.  In December, these issues finally defeated him.

Anyway, another friend now gone.  Not many of the old crew left.  Long Live the Cosmic!