Recently I was contacted by Mary at Salt Lake Magazine for a possible article about my live jazz recordings (and general views on the jazz scene in SLC).  We did an interview, which may get published in a future issue (check out the mag or web site in the next couple months).  As part of the process, Adam of AJF Photo came over to get a few shots of me in my studio.  Below are some lower rez versions of those photos. (Me, Monk, and Godzilla...  the Holy Trinity!) 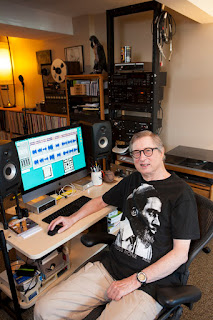 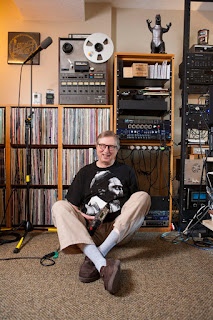 Thanks to Mary and Adam to allow me to express my views and for the photos. (Wow, I'm a good looking guy!)

Posted by Sherm Clow at 6:40 PM No comments:
Email ThisBlogThis!Share to TwitterShare to FacebookShare to Pinterest

For several years now, one of my projects is the restoration of my 70's Dynaco transistor gear.  I've posted a couple pics previously, but I'm finally "done."  (Not really, keep reading).  Here's the current setup in my downstairs "bungalow." 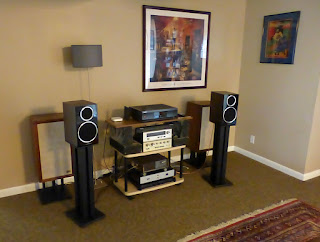 The first piece of gear upgraded was an old Dynaco ST-120 I found used for $20.  While I got it to work, it was definitely old technology.  So in went new amp boards, a new power supply, and bigger capacitors.  Gilding the lily is an LED power meter. 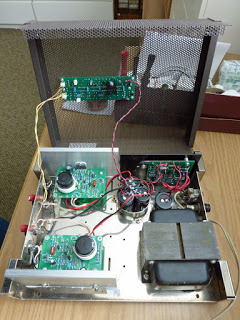 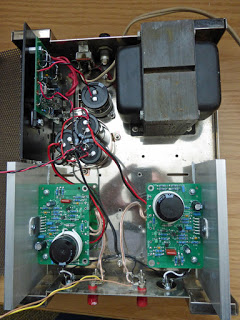 Then I went to work on my old Dynaco PAT-5 preamp.  Again, the line cards and power supply were replaced with new circuits.  Recently, the phono preamp section was also replaced with a new card.  Gilding the lily once more, I added new phono jacks for the input/output connections as well as a stepped volume control. 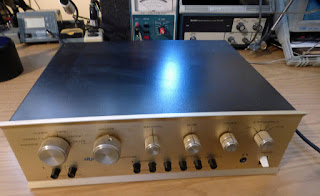 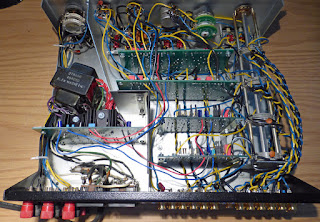 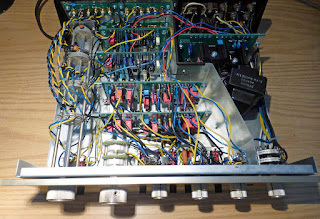 Here's the stack of components followed by a description of all the parts.  Excuse the crude "rack", but it's what I had around and it works great (hey, we all had bookshelves of boards and bricks back in the day). 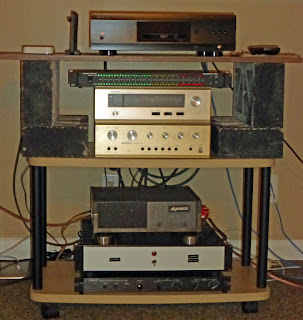 The PAT-5 (stacked with an FM-5) and ST-120 are seen in the photo.  I added a line level meter to check compressed recordings.  And on top, after God gave us creation, then Jesus, His third act was the Oppo UDP-205.  This HD Blu-ray player will play any sort of disk, accept audio streamed via Wi-Fi, and play HiRez files off a thumb drive, all at amazing quality.  Plus it cost about 1/3 as much as anything remotely equivalent.  Simply amazing piece of gear.  Also on the top shelf is a small FM antenna and an Apple Airport for streaming from iTunes via AirPlay.

On the bottom shelf is the ST-120.  It powers a pair of Wharfedale Diamond 225s, very excellent speakers for the money.  However, while listening to some reggae, my friend suggested I add a subwoofer.  Hiding in a corner of the spare bedroom serving as a table, I had my old AR-3a speakers.  I also had a Heathkit crossover from a previous stereo setup.  So I ran one output of the PAT-5 direct to the ST-120 (and the Wharfedales).  The second line output (nice of Dynaco to provide two line outputs!) I ran into the Heathkit crossover and the output from the low pass filter to a set of BK MOSFET 100 Watt modules, and then to the woofers only of the AR-3a speakers.  The MOSFET modules required mounting in a rack case and some significant wiring.  Below are some pics of this assembly. 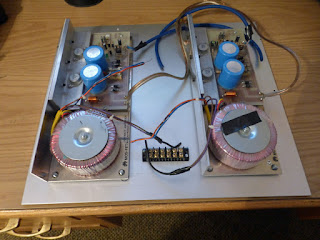 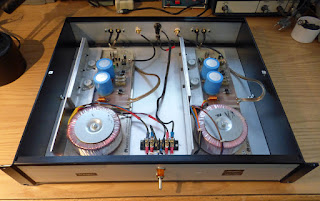 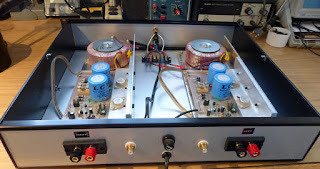 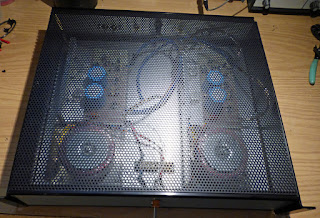 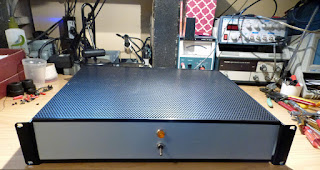 So it's quite the audio system and, of course, sounds great.  At some point I'll replace the ST-120 heat sinks with some heavier duty units to increase the available power.  Also, I've stripped an Audio-Technica LP-120 turntable of its built-in preamp and replaced the base cartridge with an AT540 upgrade.  I'll add this to the system when I figure out how to stack everything.  Looking forward to listening to the new phono cards in the PAT-5.  One last look at the system: 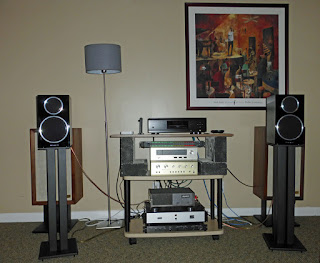 I want to thank Dan at Update My Dynaco for all the mod development, great customer support, and keeping classic audio components alive and viable in the current audiophile world.  And, for all the pleasure I've had building this system.