From a recent Bark in the Park, my son Willis and his two Corgis, Melon and Mango, enjoy a baseball game (and, I suppose, lots of attention). 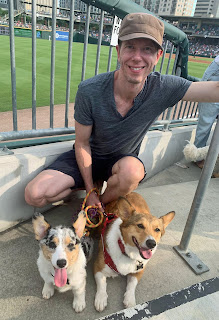 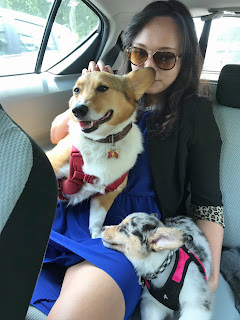 And a tuckered Mango mellows with granddad... 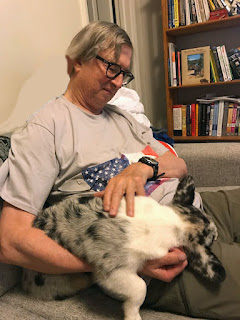 Posted by Sherm Clow at 9:42 AM No comments:
Email ThisBlogThis!Share to TwitterShare to FacebookShare to Pinterest

We were fascinated by the Dutch town of Hoorne, which has a significant historical past (center of the East India Company).  While contemplating disappearing from our regular lives to live quietly in Hoorne, I did note some curious sights.

Not sure about this restaurant...   conjures up a number of thoughts, most not pleasurable... 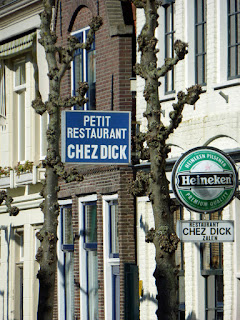 Our visit did coincide with Easter time, as reflected in this shop window... 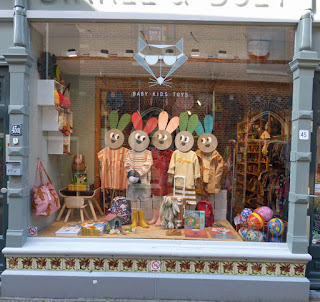 The Dutch have a strange sense of humor...  I have no idea what superboy was doing on this building... 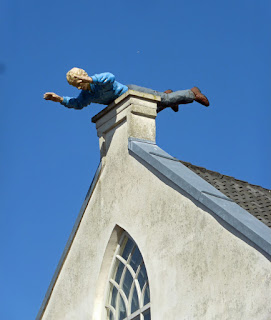 One way to express the historical significance of a leader...  with the good and the bad... 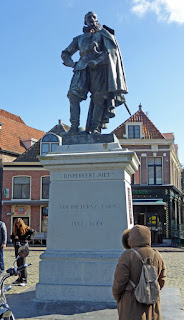 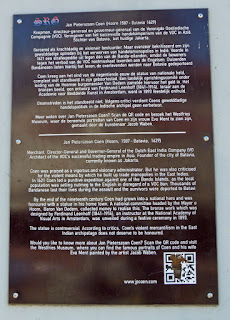 And finally, a couple silly girls giggling at the tourists... 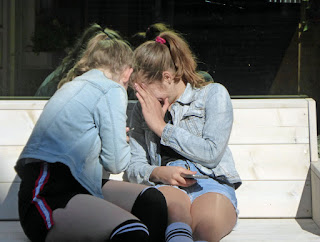 Posted by Sherm Clow at 7:33 AM No comments:
Email ThisBlogThis!Share to TwitterShare to FacebookShare to Pinterest

Some Euro Oddities Pt. I

On my last Euro trip at the end of March, I took about a zillion photos.  Way too many to post...  so I thought I'd just go with the unusual ones, the ones that struck my bizarre fancy.  Like this one: 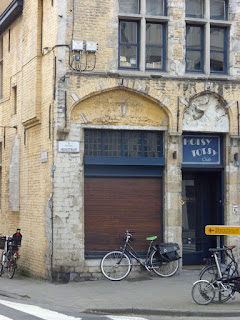 Our tour bus dropped us off in front on this club, where we would begin our tour of Ghent.  But I kinda wanted to hang out here and check out the scene.  Only problem was the time of day, and our ship would sail before any action at the Hotsy Totsy Club.

A couple other drinking establishments in Ghent caught my eye: 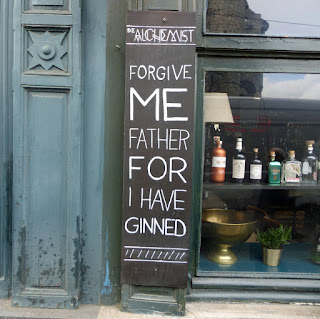 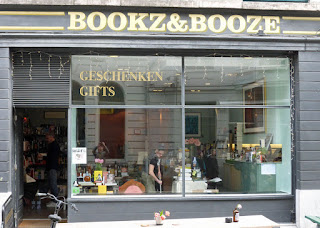 Ken Sanders needs to rethink his bookstore a bit...

I also had some interest in the Fallen Angels antique store: 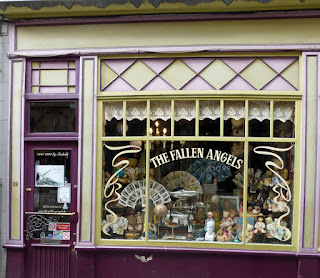 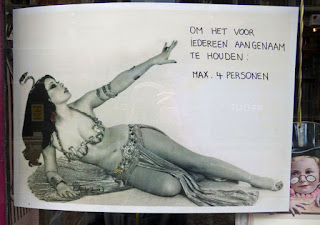 On the back of a tour bus: 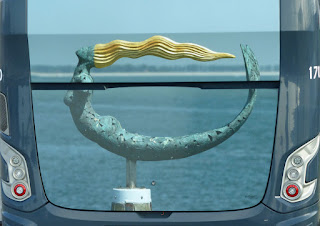 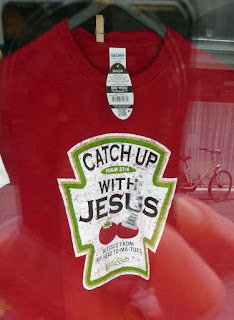 Another take on the porta potty: 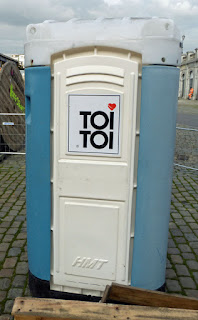 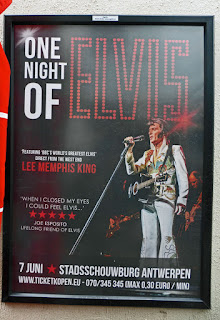 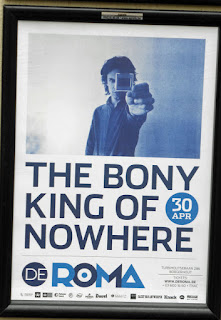 A memorial to lost luggage near the Holland America building in Rotterdam: 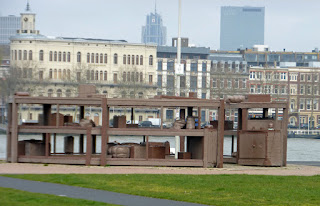 An expression of true love: 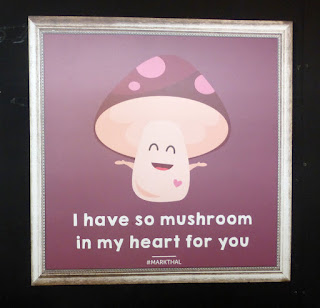