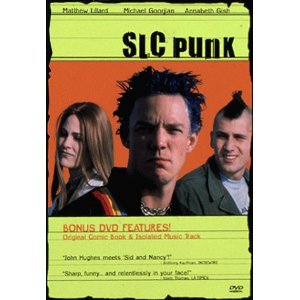 A bit of a rip from the movie, but since I've been into punk rock a bunch lately, I thought I'd post some thoughts and some links to a few rare but incredible punk tunes by SLC groups.  While judging the rock category for the Utah Arts Festival, I noticed that many groups sounded accomplished, reasonably listenable, and occasionally notable; however, nothing really impressed me.  "So what" was my continuing comment for all the groups.  Something was just missing.  Then I heard an entry from group of teenagers singing something about "forgot to take my medication", and suddenly I knew I had found the group that cut through all the bullshit and put something on the rock and roll table.

They basically played punk rock.  They weren't particularly accomplished, but their songs were intense and related directly to their experience.  The essence of rock and roll.  All the way back to rockabilly...  simple, direct, hard, fast, forget any complicated crap.  Drill to the heart of the matter.  That's why I was attracted to the punk groups of the 70's (and I was one of the first to play punk on the radio during my KUER-FM days as god's gift to radio).  Once I'd made the connection between rockabilly, garage, and punk, things made sense.  Rock loses it's significance once it strays from the simple and basic.  If you can't say what you feel with just two chords and few words, there's nothing to say.  And it can't be pleasant...  Teenage angst.  That's the essence of rock and roll.

Punk endures, I think because it always connects to basic emotions  (and certainly doesn't require all the talent in the world).  Just scream it out...  people will get it. 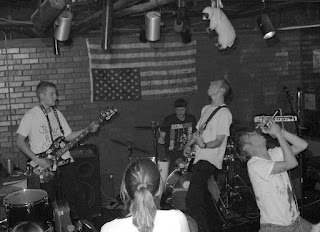 Back in the late nineties, I was connected to a couple local punk groups.  The first, the Classic Assholes, didn't play that much, never got a CD out, but I do have the master tapes from their studio effort.  Planned for the CD was a cleaned up live cut...  perhaps one of the top ten punk tunes ever done...  Big Truck. 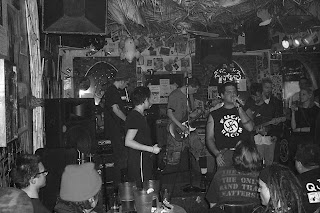 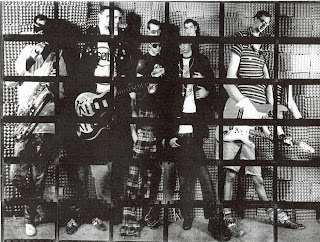 Back in the late 70's, the Atheists played during the American Atheists convention in town.  I've posted previously on this group.  Their performance that night finished with their theme song:  There is No God, There's Only Noise.

Some day maybe the full recorded repertoire of these bands will become available.  Stay tuned.  In the meantime, punk lives!


Posted by Sherm Clow at 5:23 PM No comments:
Email ThisBlogThis!Share to TwitterShare to FacebookShare to Pinterest 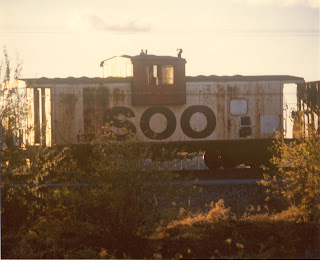 Well, it's not a pretty picture.  The end of the line in many ways.  But this has family significance for me.  Inspired by the railyards of the Hi-Line in Havre, I dug up this old pic taken by Jeanne Hill.  It's from the mid-70's taken while drinking at the SLC freight yards.  Probably listening to the local Triple A team on the radio...

My grandfather worked the Soo Line for many years.  It also was a "Hi-Line", running through Minnesota and probably lower Canada.  While my grandfather hailed from Prince Edward Island, Canada, my grandmother was Swedish...  they met in Minnesota where my father was born.  They retired to Boston where I was born (making me a life-long Boston/Milwaukee/Atlanta Braves fan).

This all makes sense, if you follow the grain.  Northeastern Montana, North Dakota, Minnesota, and lower western Canada are all big grain producers.  The Soo Line hauled the grain to Boston, where it was loaded onto freighters for world-wide shipping.  So the family connections make sense.

Some of this grain connection is explained in "Merchants of Grain" by Dan Morgan.  Written 20 years ago or more, it is a very revealing tome on the business of grain and the closely held companies, such as Cargill, that nearly monopolize the market.

The old memories persist in the hearts of dedicated railroaders...  The Soo Line has its own web page.  Whenever I see one of the Soo Line cars,  I'm reminded of my grandfather teaching me a few morse code letters, the telegraph an essential part of railroad communications in his day.