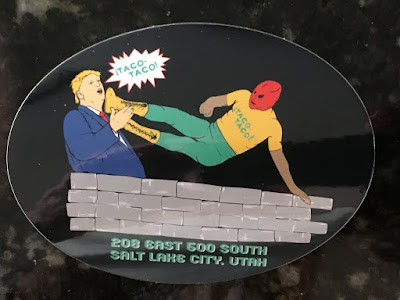 Our new favorite eating place (actually it's been around for awhile)...  Absolutely delicious tacos (I recommend the Al Pastor), plus a few other Mexi eats as well.  Not an elaborate menu, they keep it simple, street taco style, add some condiments as you please.  A small place, often crowded, but outside seating as the weather warms, and well done take-out.  Prices are very reasonable.  And I kinda like their social sympathies...

Posted by Sherm Clow at 3:49 PM No comments:
Email ThisBlogThis!Share to TwitterShare to FacebookShare to Pinterest 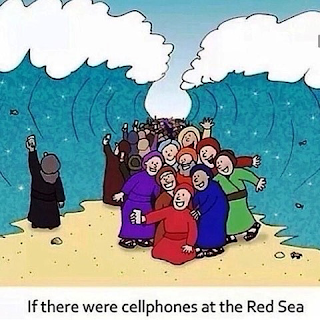 Posted by Sherm Clow at 6:25 PM No comments:
Email ThisBlogThis!Share to TwitterShare to FacebookShare to Pinterest 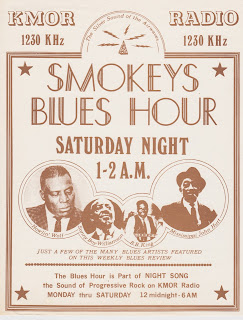 Posted by Sherm Clow at 6:22 PM No comments:
Email ThisBlogThis!Share to TwitterShare to FacebookShare to Pinterest

Since the late 60's, I've always enjoyed Dynaco audio gear.  When I made a little money around 1965, I bought the now classic Stereo 70 amp and PAS-3 preamp kits, tube sound upgraded with Van Alstine mods in the 90's (more in another post). 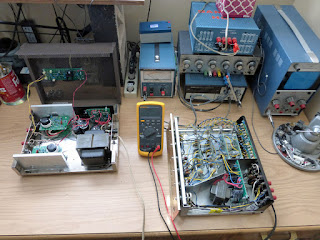 Recently I completed upgrades on the 1970's Dynaco solid state components, a PAT-5 preamp (already at the BI-FET stage) and an older Stereo 120 amplifier I bought used for $20.  The upgrades came via Update My Dynaco, and they are extensive.  The PAT-5 involved a new power supply board and gold plated jack field. 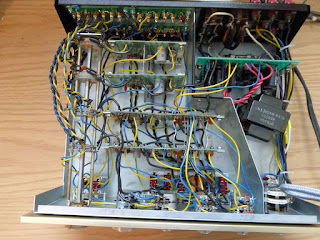 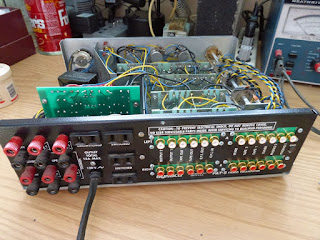 The Stereo 120 was more involved.  Basically, the old amp was stripped internally and a new power supply and new amplifier modules installed.  The modules are based on the LM3886 chip amplifier, which seems quite popular with amp builders.  An LED power meter was added to the cover. 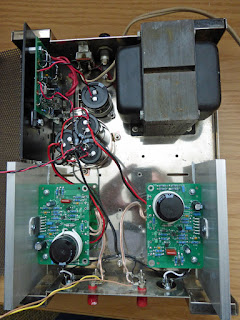 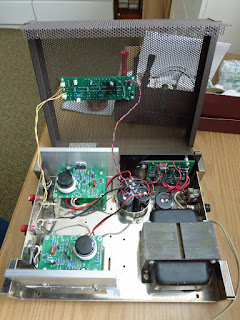 Of course, newly updated components require new speakers!  I've always wanted Wharfedale Diamond 225s, speakers that are very highly rated for sound quality and at a very reasonable price.  For source material, I've collected a number of 24/96 sound files, along with some CD quality test music I've always thought sounded great.  The files are loaded onto a iPod touch and fed via Lightning digital connection to an Oppo HA-2 DAC (under the iPod).  Then analog to the PAT-5. 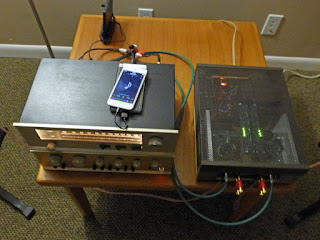 I added my old FM-5 which continues to work just fine, although who listens to FM radio anymore(!?)   But, along with the Stereo 120 LED meter, I get some glowing and some flashing lights...  real cool!

Finally, the whole system sounds great!  I'm thoroughly enjoying listening to this combo, and get great pleasure from old audio component friends newly revived and performing so well.  Thanks to Dan Joffe at Update My Dynaco. 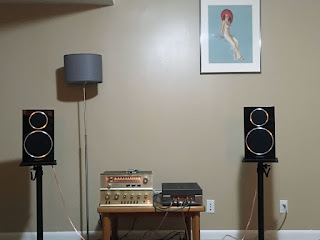 Flash!  Dan has just announced new line cards for the PAT-5...  just after I finished with the last mods!  Oh, well, at some point I'll want to fire up the old soldering iron...


Posted by Sherm Clow at 11:33 AM No comments:
Email ThisBlogThis!Share to TwitterShare to FacebookShare to Pinterest

I read a lot of books.  Once in awhile, a particular book stands out.  This happen to me with "Beauty is a Wound" by Eka Kurniawan, an Indonesian writer. 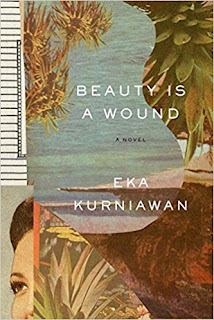 This is one of those epic novels, several generations of a family, lots of characters coming and going, really weaving in and out of the narrative.  Mixed in is a history of Indonesia, as a Dutch colony, through the Japanese occupation, then the Communist revolts.  The story also contains elements of Indonesia myth, ghosts and religious figures.

The writing style can be confusing, as the story jumps around in time, divergent elements of the story are introduced without any transition, characters seem to have no connection, but, in the end, everything makes sense.  There's a certain sadness about the story, but also hope in the end.

All in all, a wonderful book and highly recommended.  The translation to English seems excellent.  Read it.


Posted by Sherm Clow at 9:37 AM No comments:
Email ThisBlogThis!Share to TwitterShare to FacebookShare to Pinterest
Newer Posts Older Posts Home
Subscribe to: Posts (Atom)