This weekend was the big solar eclipse in So. Utah.  Harold and I decided to drive down to view the rare annular eclipse, initially heading to the Kolob, but, freaked out about the numbers expected in that area, decided to try the lesser known Parowan Gap.  I'd been there years ago with an old friend, Tom Gardner (anthropologist, architect, and sheep herder from Paragonah) in his old pickup truck with two dogs, two joints, and a six pack.  Sadly, Tom is gone, but his memory lives, and that long ago adventure proved valuable in out search for the ultimate eclipse view spot. 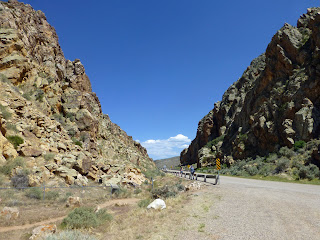 We arrived early, and spent some time checking out the numerous petroglyphs in the area.  Apparently the Parowan Gap was an early native astrological site, wonderfully significant for the day's future event.  What follows are a bunch of photos of these petroglyphs.  As usual, click on the pic for a bigger display. 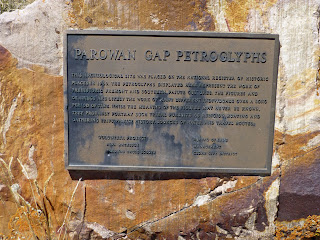 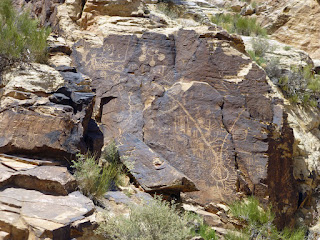 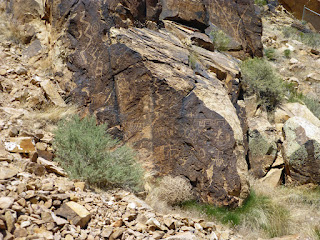 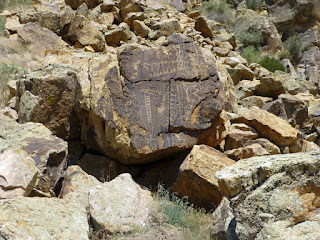 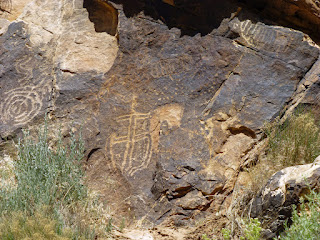 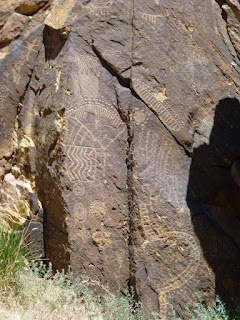 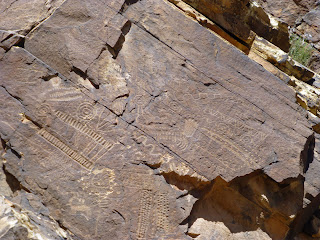 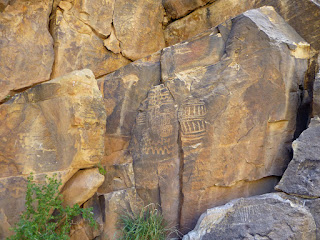 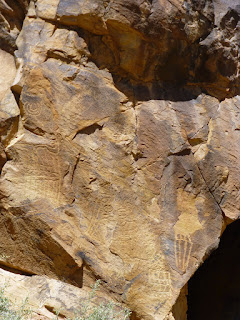 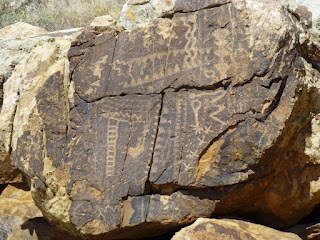 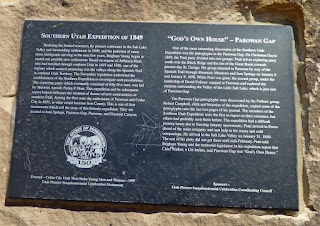 There was a fair amount of traffic through the gap, people enjoying a Sunday afternoon drive, climbing the rocks, checking the petroglyphs.  We spent a little time trying to convince the young girls that at the moment of full annular eclipse, we needed to rip off our clothes and cavort around in the ancient Indian rituals.  We didn't really get anywhere with this, at the time, perhaps because there were several local County Sheriffs with drug sniffing dogs looking for drug addled hippie pervs thinking what we were thinking. 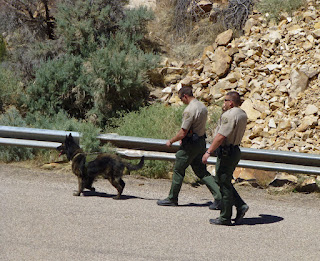 Kinda strange having three patrol vehicles and an ambulance for the small amount of folks gathered, mostly families and the Ogden Astronomical Society, but then...  to serve and to protect... 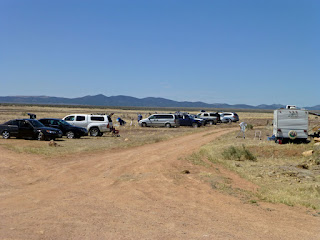 We decided to drive down another road away from the main group so we could engage in drug addled hippie perv activities...  at least try to achieve some shade from the direct sun. 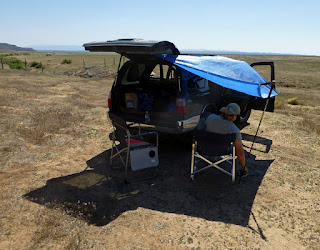 Finally the big moment arrived...  the moon would take nearly an hour to traverse the sun to the point where we could view the "ring". 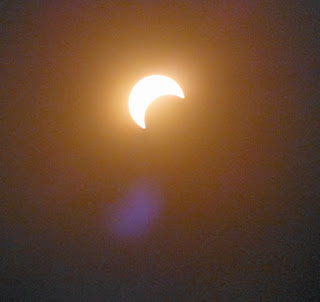 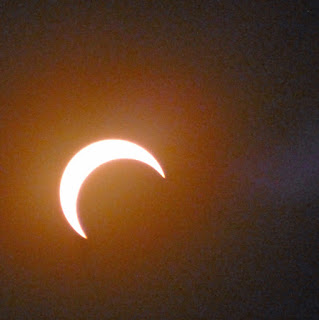 Somewhat disappointingly, it did not get dark as the full annular eclipse took place, but the light did change in a strange and wonderful fashion. 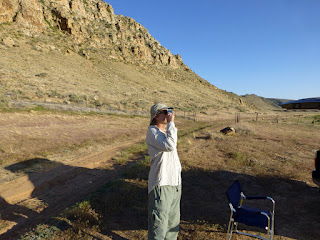 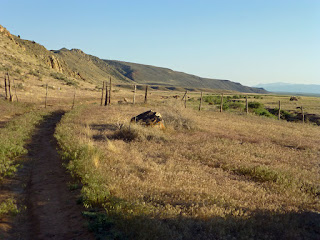 And then the full annular eclipse... 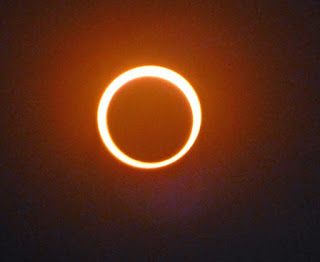 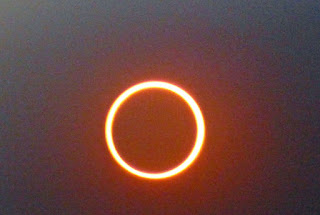 Suddenly a bevy of naked and nubile young women lept upon us, ripping off our clothes, and ravishing us in unmentionable ways.  At the height of our pleasure, they plunged obsidian knives deep into our chests, then ripped out our hearts, and tumbled our bodies into a nearby ditch, left for the coyotes to devour in finality.  And so was created another myth passing into the history of the Parowan Gap. 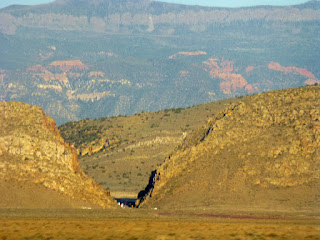 Posted by Sherm Clow at 1:18 PM
Email ThisBlogThis!Share to TwitterShare to FacebookShare to Pinterest