Recently I hosted a competitor in the Gina Bachauer Piano Competition.  Miriam was in France for the month, so I was hoping to host a hot East European babe.  Thinking that request would disqualify me, I was surprised to be assigned, well,  a young man from...  yep, Eastern Europe.  Vasyl Kotys is from Ukraine, now living in Germany.  So with some trepidation, knowing I'm not the most social animal around, and finding that Vasyl was fluent in Russian and German but not so much in English, we spent two weeks bonding over the NBA finals and the World Cup. 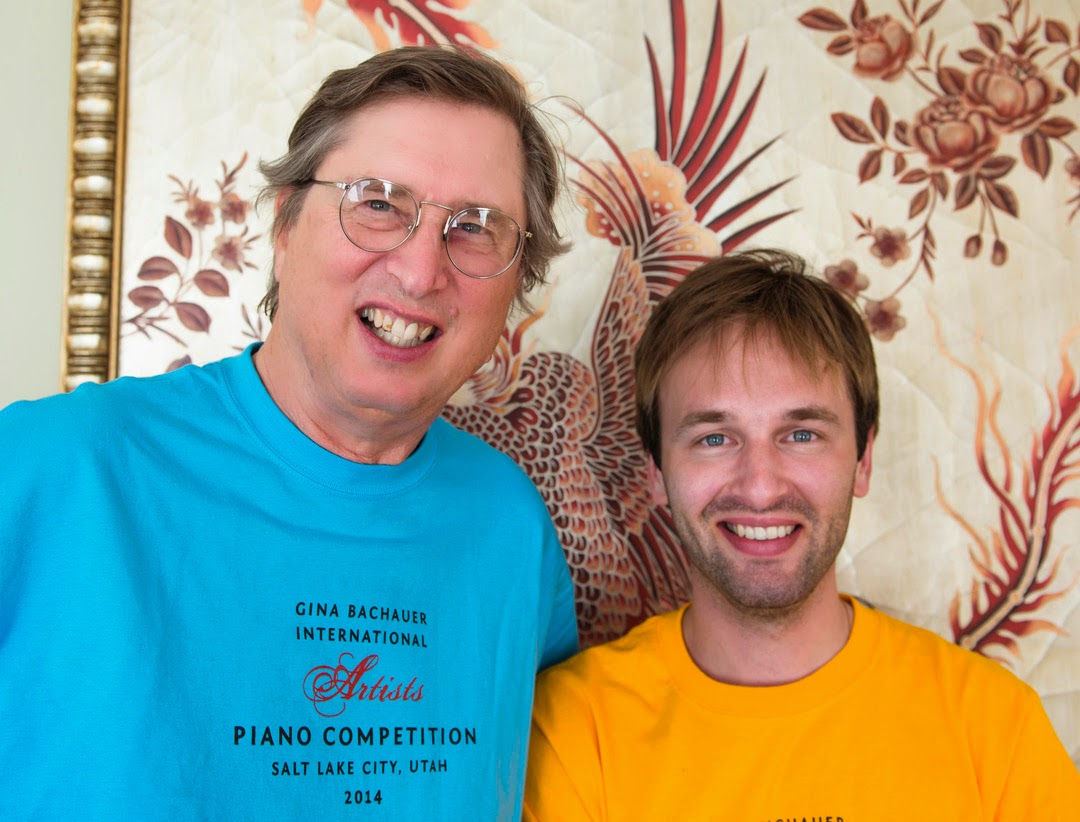 But first, on to the competition.  What an amazing pianist!  I'm not much into classical music,  but I sure enjoyed Vasyl's practicing on our OK, but not Steinway, baby grand. 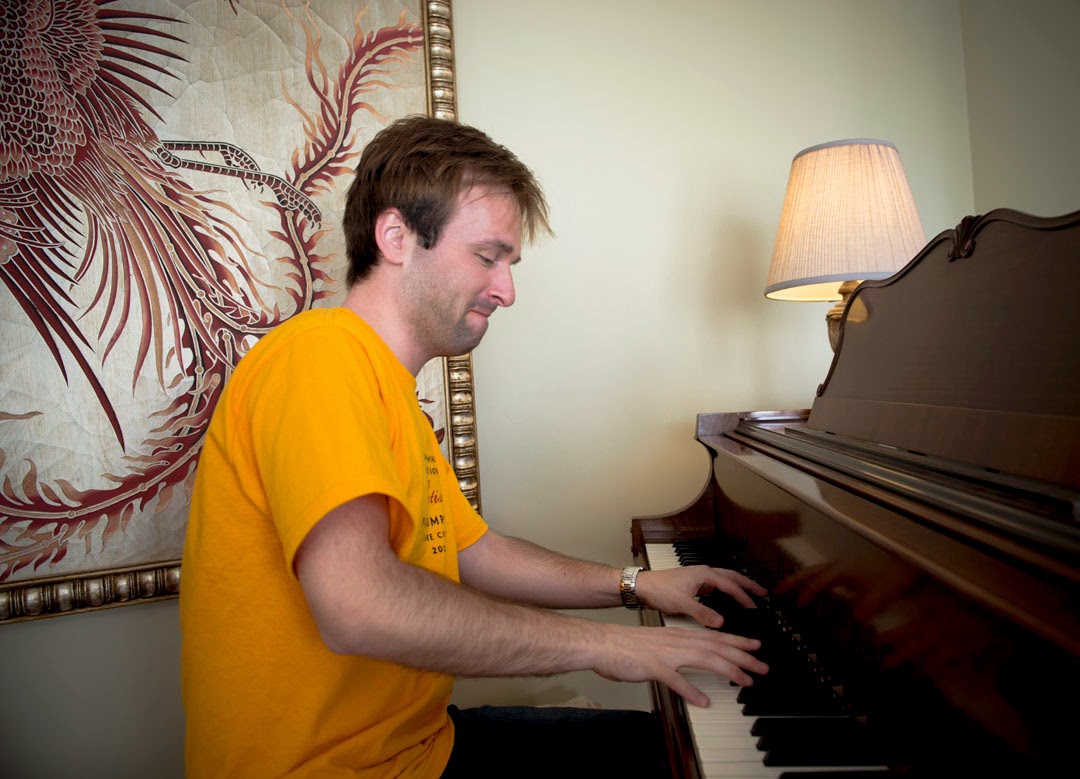 Speaking of Steinways, thanks to the folks at Daynes Music, especially Matt who could speak some Russian, Vasyl was able to practice on the super Steinways in the Daynes recital room.  Even more special, Vasyl also spent some time playing Van Claiburn's personal Steinway, on display in the store.  He even received a certificate confirming this experience. 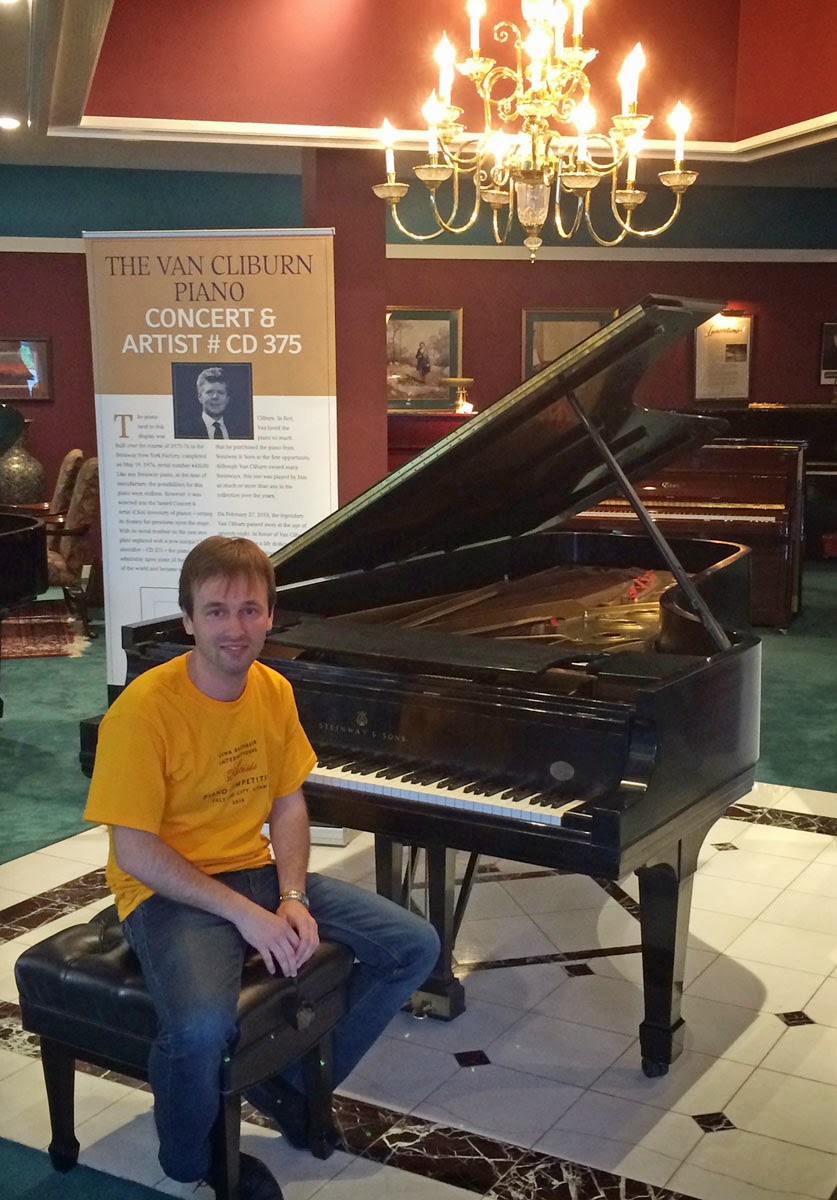 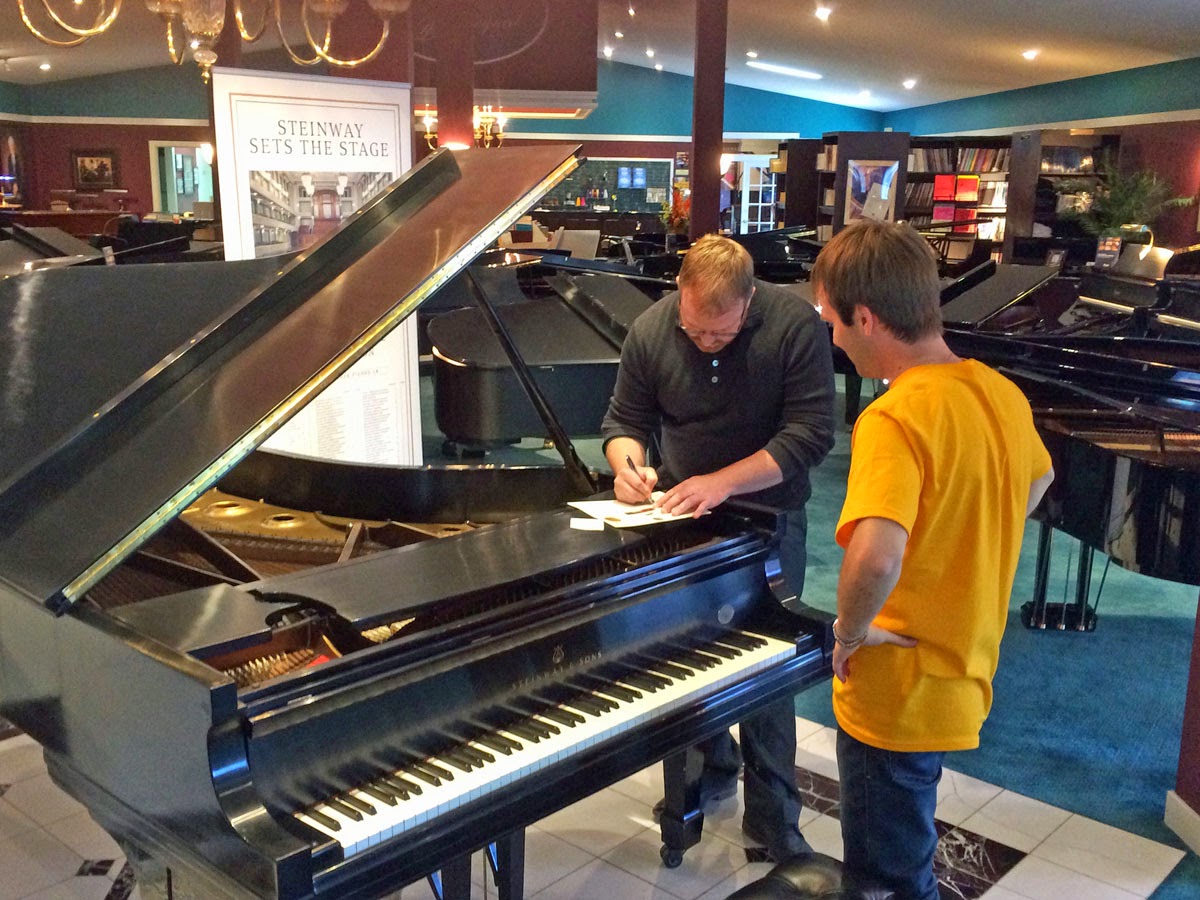 Unfortunately, Vasyl did not make the advanced rounds of the competition (a wrist injury probably was a factor, considering the quality of competitors, but his amazing second round performance is available on YouTube).  So we had some time to explore the Salt Lake area.  Since he was fascinated by the mountains surrounding the valley (Ukraine is more like the US midwest), I took him to the top of the tram at Snowbird. Vasyl also wanted to see the Great Salt Lake, so teaming up with Rodney and his photo equipment, we headed to Antelope Island.  Some of my shots of the crew: 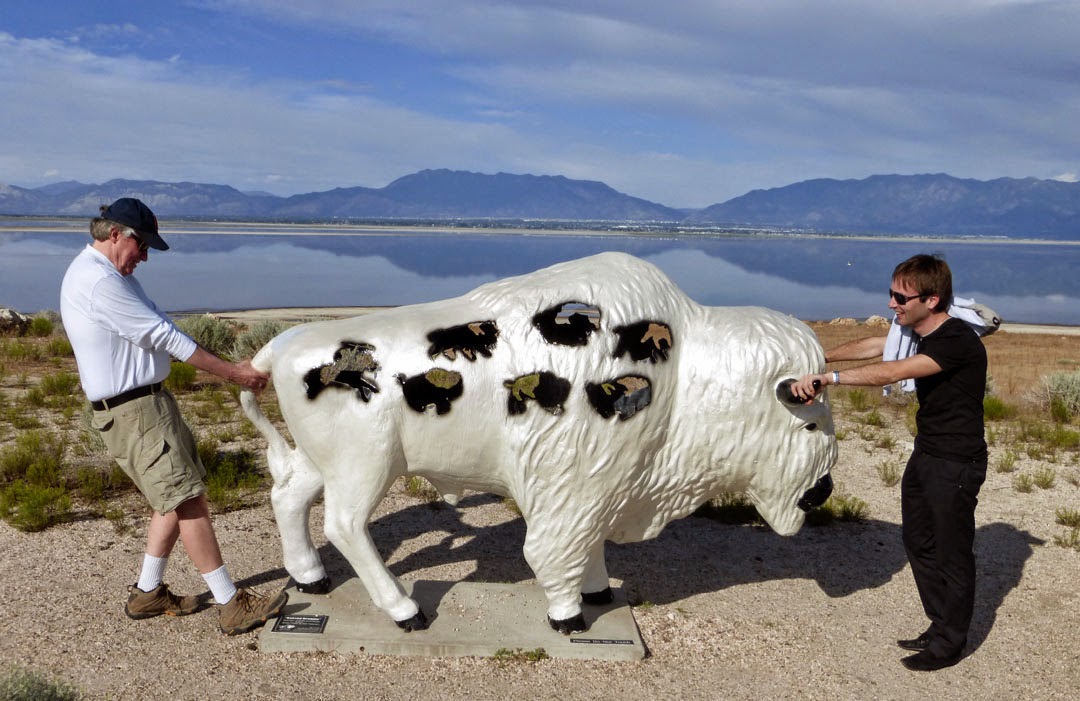 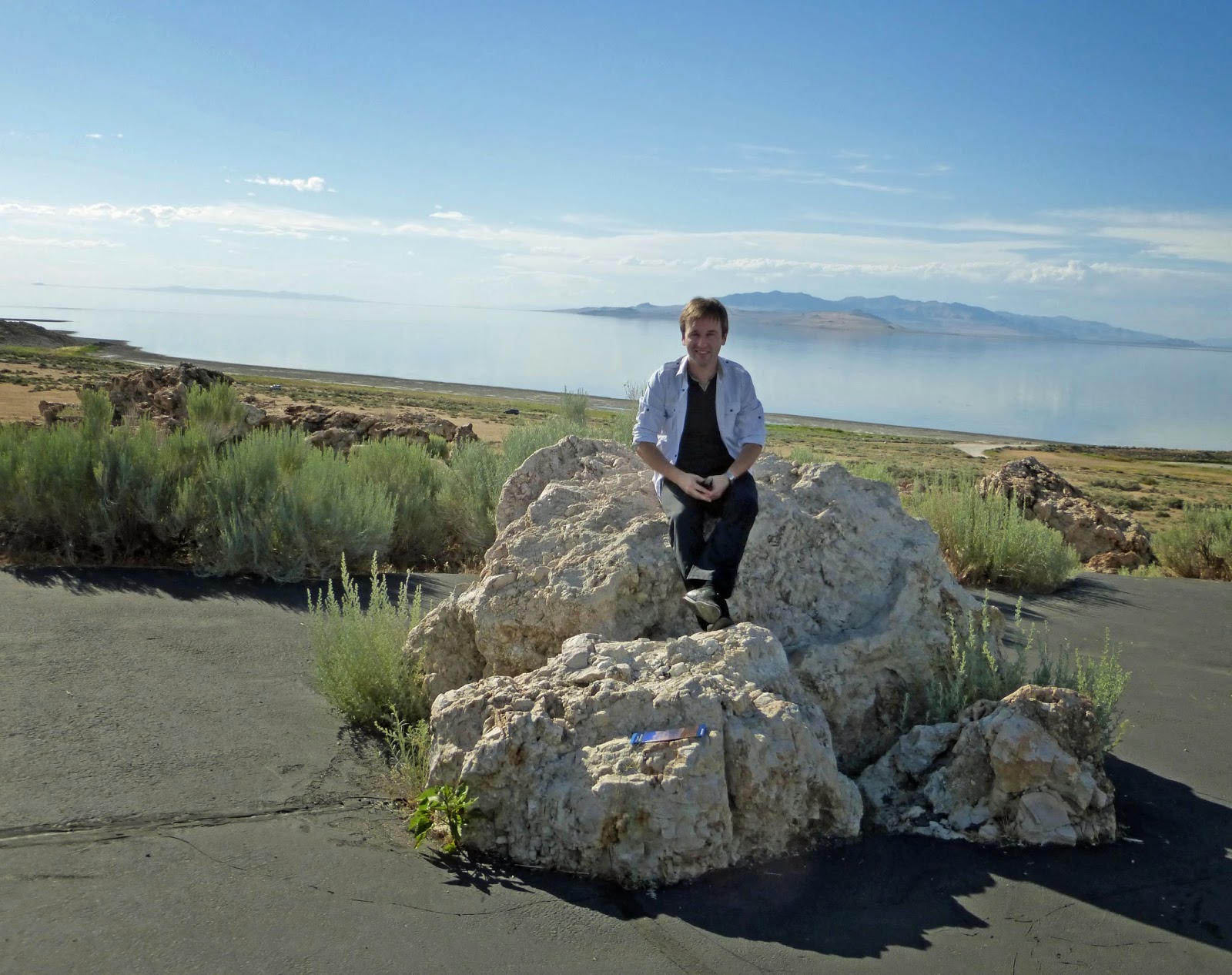 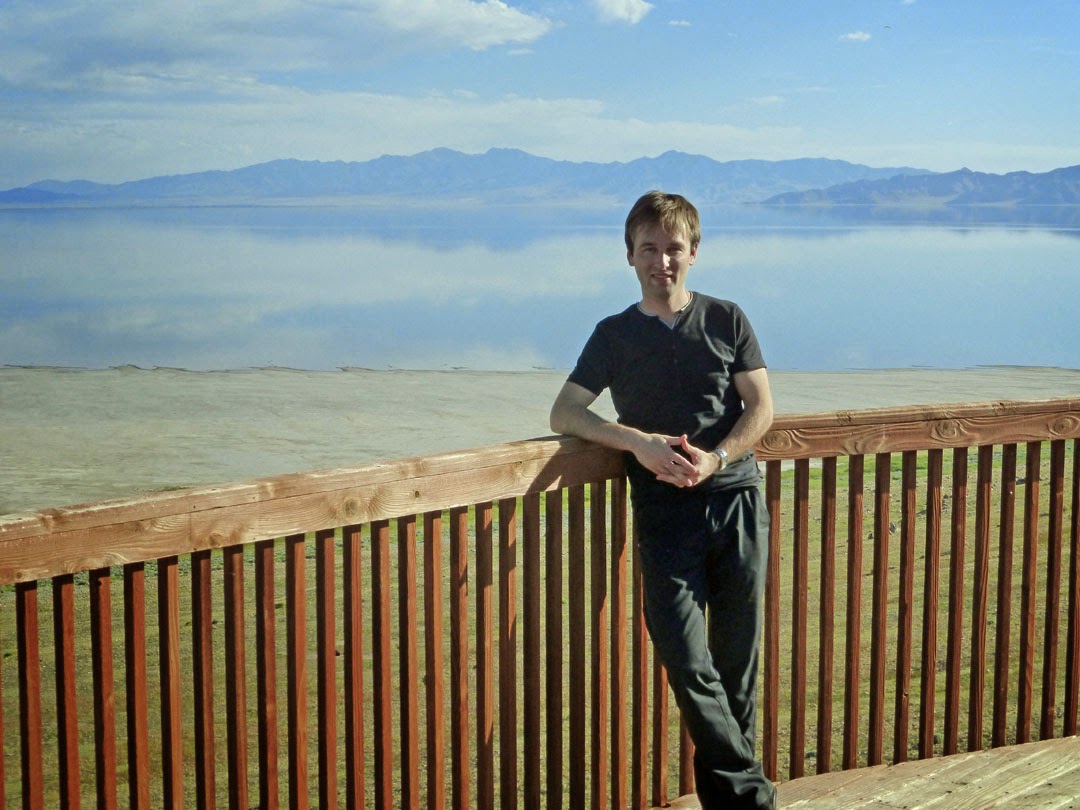 We had to wait around quite awhile for the sunset so Rodney could get his pic...  and he sure did.

Unfortunately, I did not get a pic of the nachos fest at the Wasatch Brew Pub in Park City.  Sure was fun turning someone on to their first 'merican bar treat.  He ate 'em all including the jalapenas and hot sauce.  Good man!

Vasyl insisted SLC was the most beautiful city he had ever seen.  Since it was his first visit to the US, I can kind of understand that.  SLC, surrounded by the mountains, really is beautiful once you step back from the cultural melieu of this place. 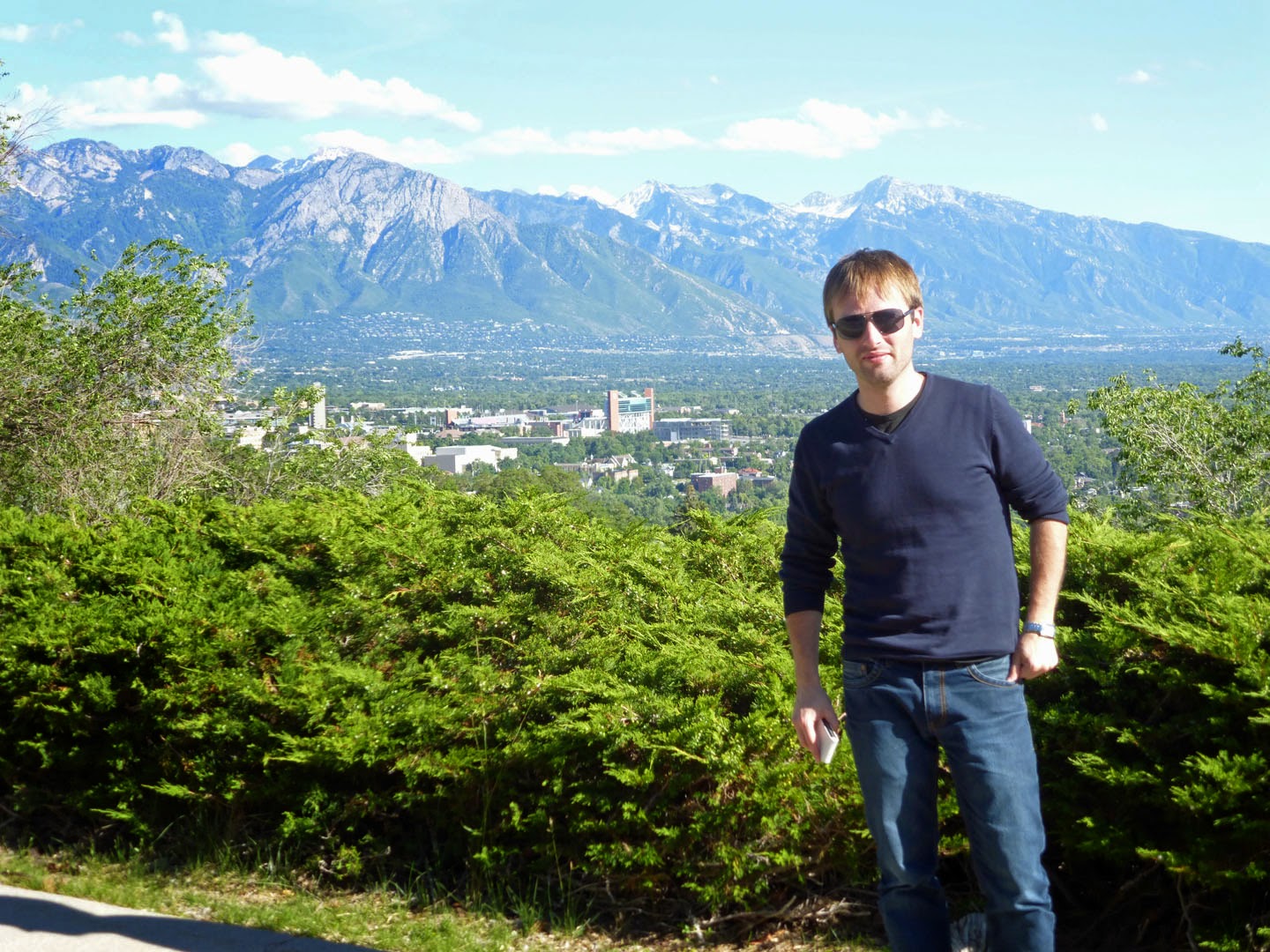 Anyway, Vasyl Kotys is a fine young man, and I wish him the best in his performance career.  Hopefully we will see him back here for the next Bachauer competition.

Posted by Sherm Clow at 3:50 PM
Email ThisBlogThis!Share to TwitterShare to FacebookShare to Pinterest