Herein I try to post some pics and info on other events during our European trip.  First up, another bridge, pretty cool design, over the Rhine. 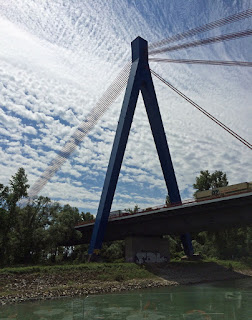 While visiting Millau, we got to stay in a cool Chateau, converted to a hotel.  A couple pics of the Chateau, the adjoining church, and the view.  Also, a panaroma of our fabulous (and reasonably priced) room.  We could also view the bridge from our room...  and from the bathtub! 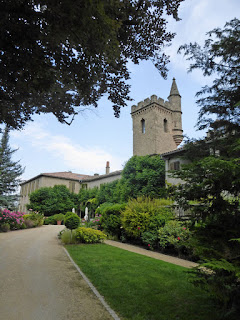 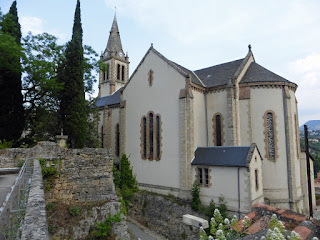 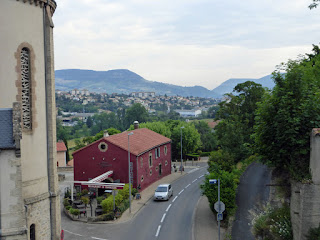 Our road trip to the Millau Viaduct of course required a return trip to Lyon.  On the way, via some amazing mountainous back roads, was the Cave of Forgotten Dreams (ever see the 3D movie by Werner Herzog?).  While the cave itself is unaccessible to the public for preservation reasons, the French have built a beautiful museum nearby that replicates the cave and the drawings found inside.   The museum had opened only a month before, but already it was besieged by tourists.  But a pretty cool place, now called the Caverne du Pont d'Arc. 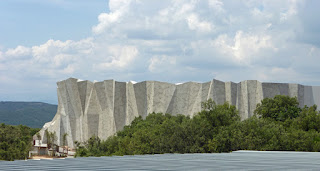 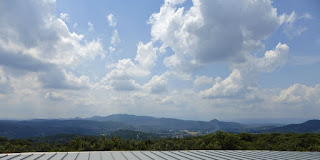 We stayed in that region of the Ardeche for the evening, at the Vaginas (well, a local joke).  The next morning, before driving back to Lyon, Yvonne just had to see a grotto, with all the stallagtites and stallagmites.  We chose the grotto at Aven d'Orgnac.  Here's some pics... 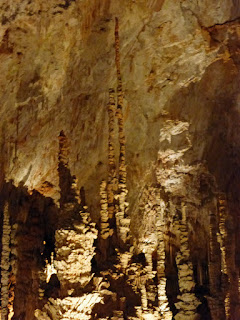 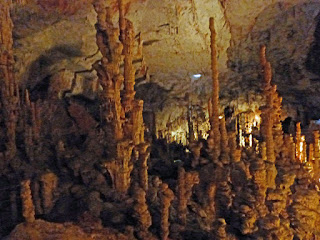 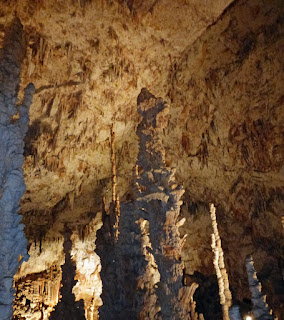 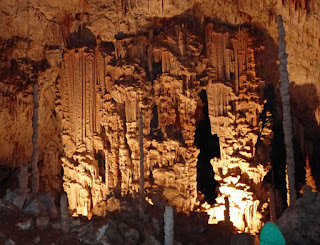 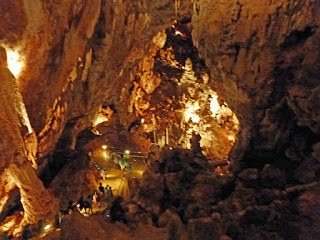 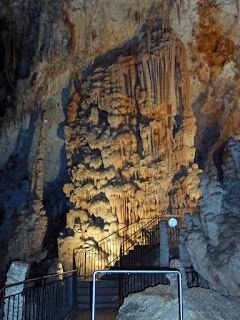 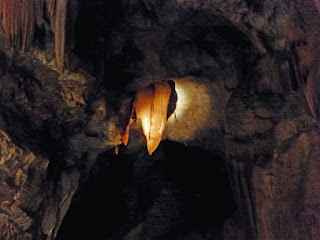 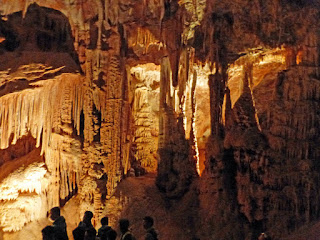 Then there was a very interesting restaurant called the Bamboo Bar.  Very odd sort of place to find in the very small town of Barjac, France.  But the food was good and we had a fun time. 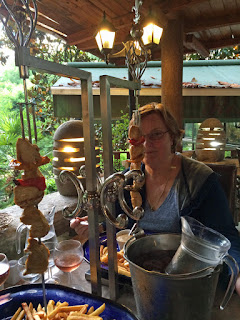 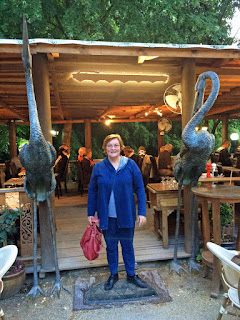 We are getting to the end...  hey, I took three weeks of pics!  Anyway, I think I have enough for a couple more posts, then I have to save my money for another trip.

Posted by Sherm Clow at 2:50 PM
Email ThisBlogThis!Share to TwitterShare to FacebookShare to Pinterest