In a previous post, I described my upgrades to old 70's Dynaco equipment.  Well, just as I finished upgrading the power supply and jack field, new line cards were announced.  So I immediately ordered them, with the JFET OP2134 op amp option, and once again tore into the PAT-5 preamp.  Gilding the lily, I also ordered a step volume control from Goldpoint.  Several hours over several days, I finished the preamp once again.  Below is a pic during the install, and a couple of the finished mods.  The opamps are at the bottom of the cards, but the stepped volume control is prominent.j 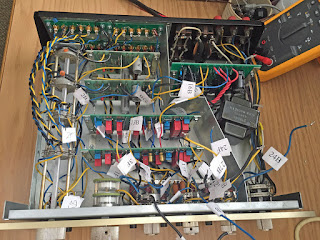 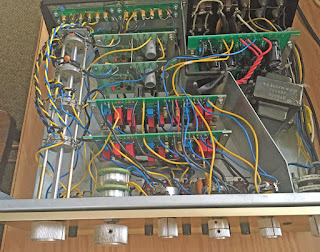 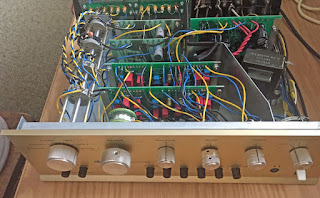 Thanks again to Dan at Update My Dynaco for the mods.  The sound is great, and the pleasure of renewing these classic components is indescribable.

Finally a pic of the current setup with an HHb 850 CDR and Wharfedale Diamond 225 speakers.  Hirez files are played from a new iPod and Oppo DAC.  In the background is the Dynaco Stereo 120 power amp previously upgraded. 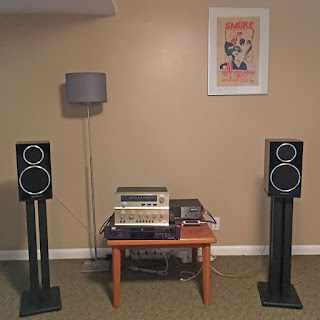 Posted by Sherm Clow at 1:41 PM
Email ThisBlogThis!Share to TwitterShare to FacebookShare to Pinterest