So the Hawaii thing didn't work out.  Couldn't make reasonable travel arrangements.  As a consolation prize, we decided to head up the Central California coast with lots of time and only vague destinations in mind (a car museum for me and the Hearst Castle for her).  We also had a dinner date in Santa Barbara the following weekend as an end goal.  This was interesting, kinda winging it, different for us.

We took off from Pepperdine in West LA, a late start but who cares!  We did have a phone call in to a hairdresser's husband about a special tour of the Mullin Car Museum in Oxnard, and the OK arrived just as we hit the city.  So we wandered down to the Channel Island area of Oxnard, found a nice hotel along the bay, and settled for the night.  A walk around inspired my fascination with fishing boats and found a special friend for Lacey. 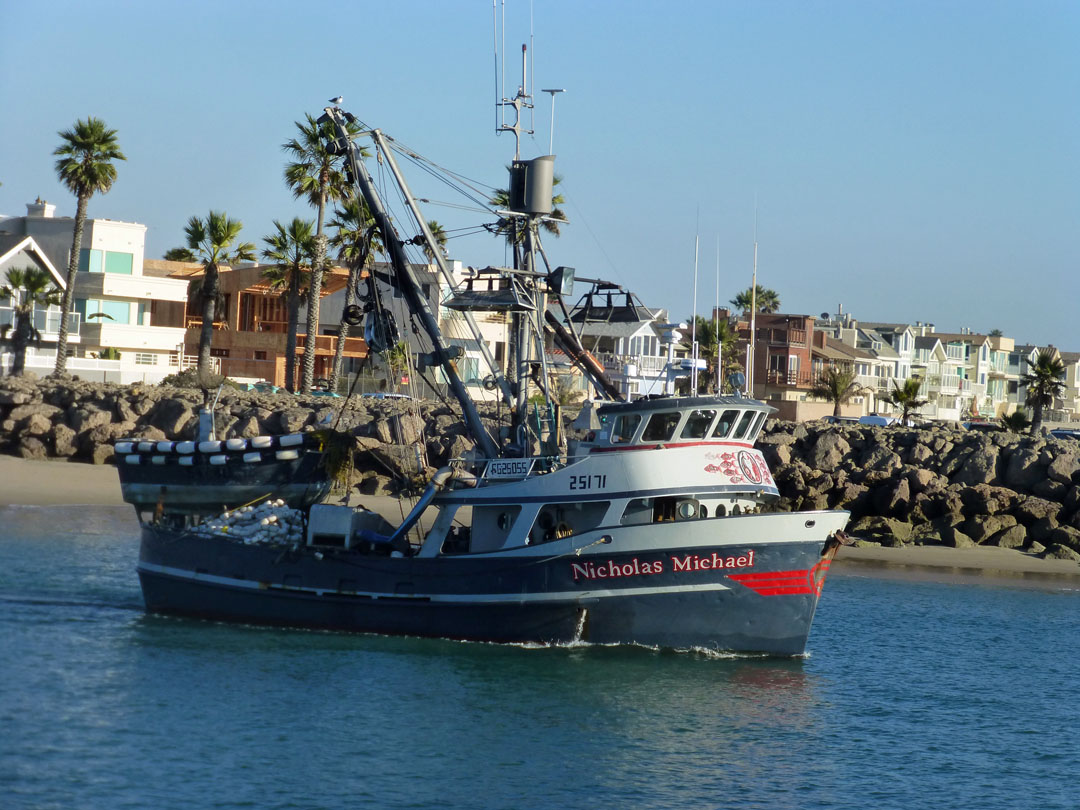 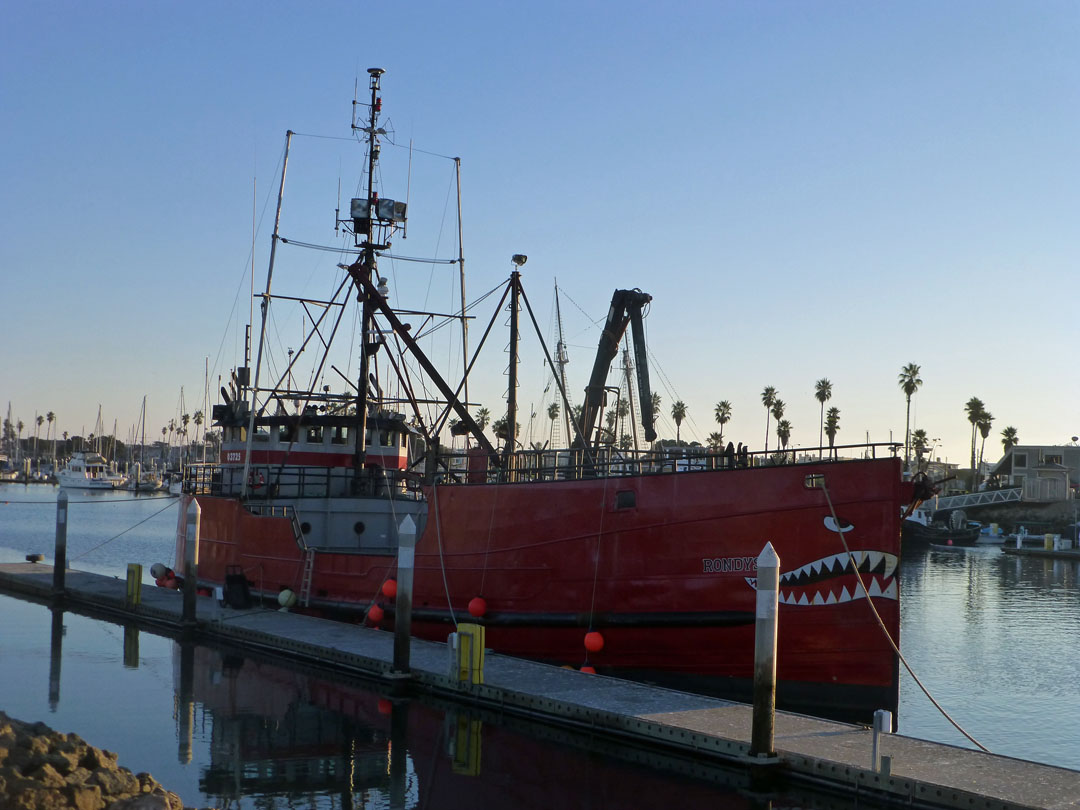 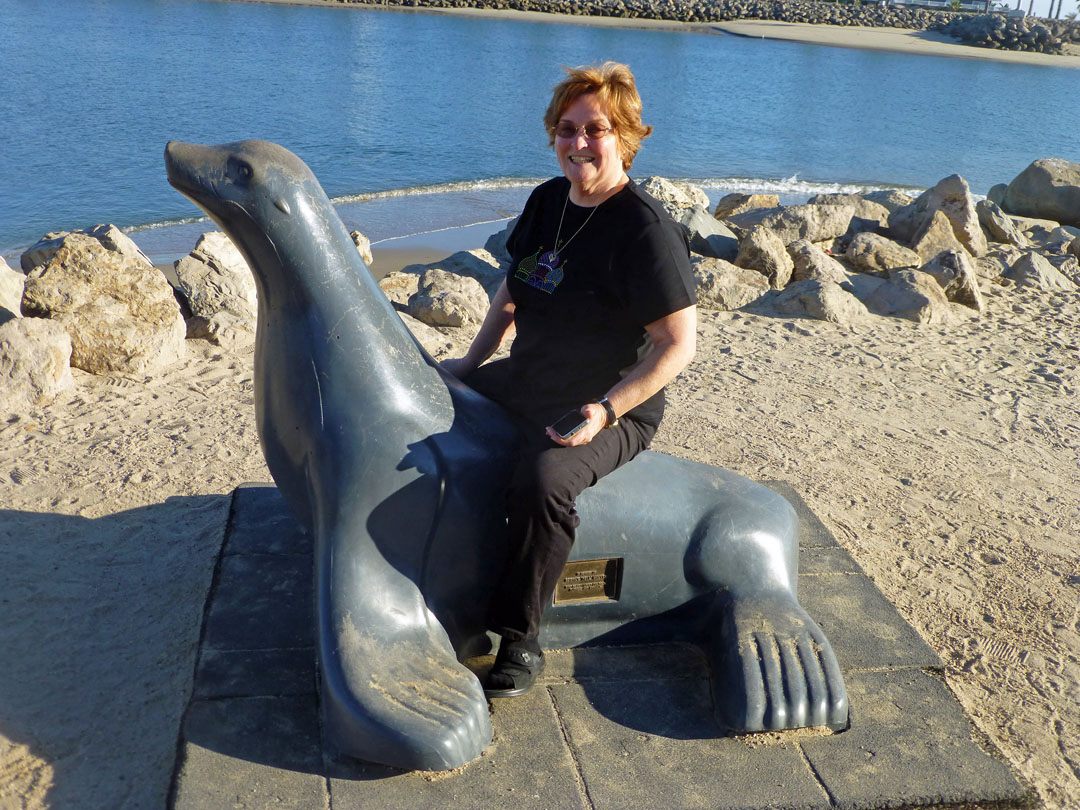 Never thought of Oxnard as a coastal city, but it sure is, rather nice in fact.  And good seafood for dinner (starting a trend during this trip).

Posted by Sherm Clow at 12:13 PM
Email ThisBlogThis!Share to TwitterShare to FacebookShare to Pinterest