We landed at Schiphol (serving Amsterdam), and after waiting forever for our bags (the were on a different carousel than listed... always look around!), we met our Dutch friends and headed off into another Netherlands adventure.

I've always wanted to see the great gates, the Maeslantkering, that hold back the North Sea from swamping Amsterdam if hit by a huge storm.  Since much of the country is below sea level, the Dutch have developed many innovative ways to prevent flooding...  from the sea but also swollen rivers bringing water as far as the Alps.

Since our Dutch friends had never visited the gates, they were happy to take us there. 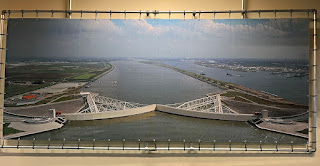 Quite the engineering feat.  We were lucky to arrive shortly before an English tour (with some Danish engineers!).  Here are some pics, hopefully you can get an idea of the enormity of this structure. 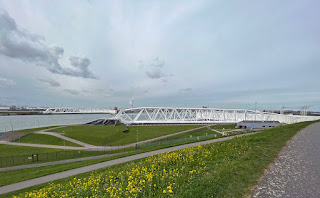 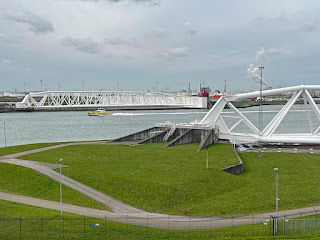 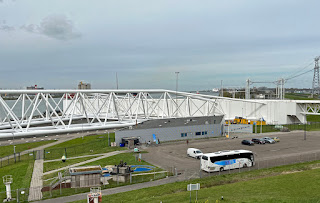 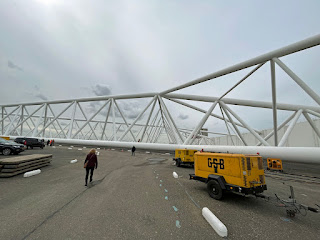 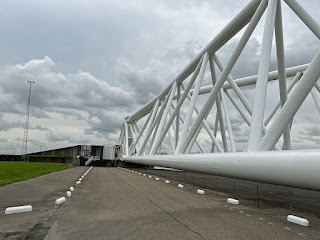 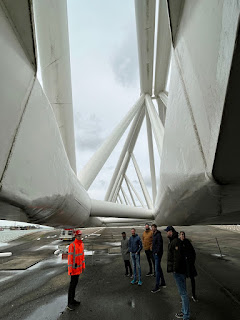 The gates are left open at all times, since there is so much ship traffic headed from the North Sea into the major European port at Rotterdam.  However, if there is a surge in water level beyond a certain point, the gates automatically begin to close, holding back the surge.  It's engineered to work; however, a problem arises when the gates are featured in Neal Stephenson's new book:  Termination Shock (Check it out!).
Maeslantkering... quite a mouthful to say.  More info here.
The gates are "exercised" once a year...  This year in September, my birthday, so I guess I have to return this Fall and watch it all happen.
Posted by Sherm Clow at 2:48 PM
Email ThisBlogThis!Share to TwitterShare to FacebookShare to Pinterest