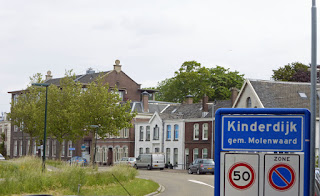 More from our great Euro trip.  We planned a river cruise and, after getting on the boat (ship?), we headed to the Rhine.  On the way, we stopped in Kinderdiyk, a UNESCO world preservation site because of all the windmills.  And, so, the obligatory windmill pic, with Dutch flag. 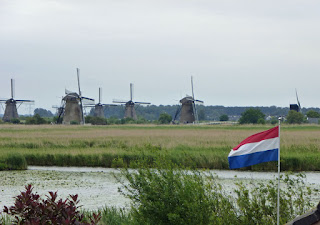 Kinderdiyk was a cute little town (never mind the pedophile implications of its name)...  I particularly enjoyed that each house had some sort of display in the windows, be it flowers, ceramics, or something else creative...  such as the old shoe planters in front of this house. 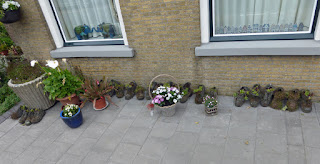 Then there were all the garbage cans...  I have no idea what the orange one is for. 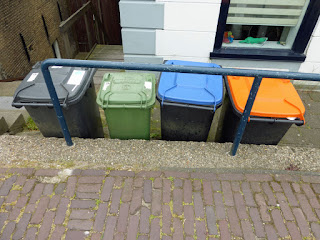 Several houses had these (TV?) antennas attached...  so cute to style them after an icon of Dutch culture. 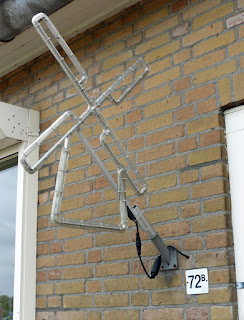 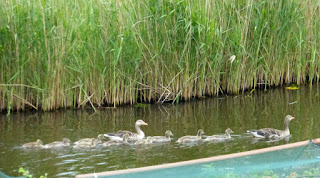 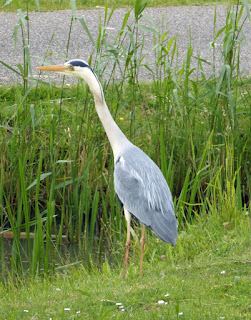 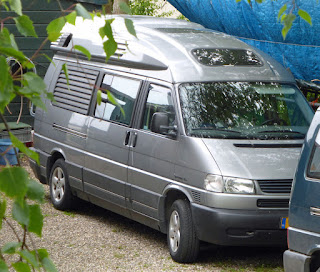 Posted by Sherm Clow at 5:57 AM
Email ThisBlogThis!Share to TwitterShare to FacebookShare to Pinterest