OK, and we are off. By transferring miles and paying extra bucks, we managed business class. Good food, and too much wine!
First we see Lacey waiting in the SLC lounge for a plane: 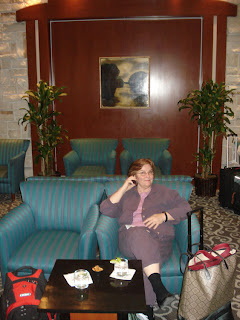 Of course we were anxious to get aboard and hit the champaign, but maybe a little too anxious: 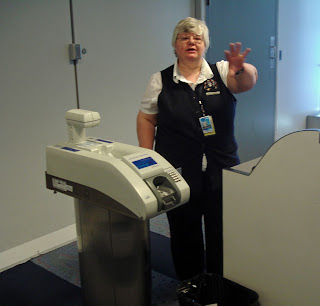 But we did get aboard... 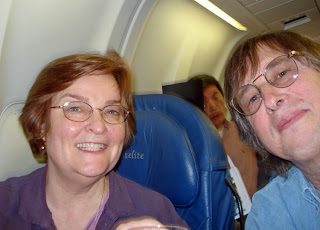 And had a wonderful stewardess who kept the wine flowing and the food hot... 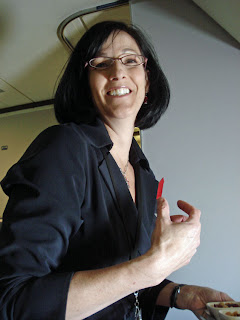 Not much sleep, so I'm fighting the jet lag as I blog this stuff. But at least we were comfortable and just after breakfast we hit the French coastline, and then Paris... The Eifel Tower is in there somewhere: 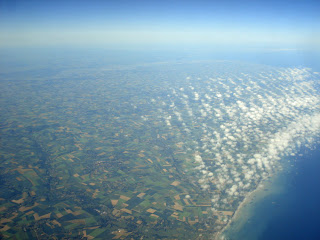 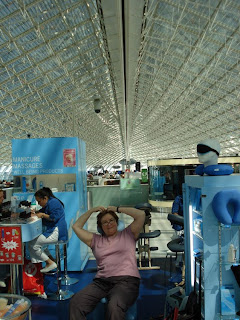 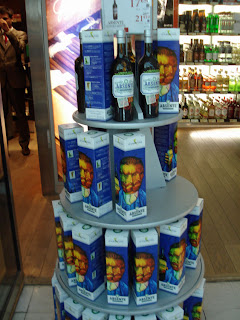 Another plane hop and we made it to Lyon. We are staying in the oldest part of the city, dating back to the Roman era, but most of the buildings are probably from the 1500's. 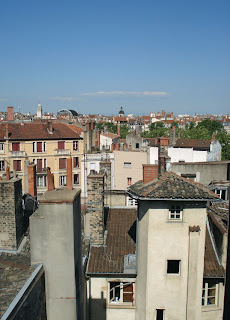 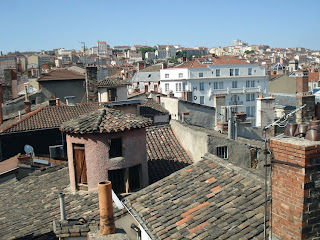 Like our apartment... way old, but super modernized with compact conveniences. Neat fixtures and appliances. Wish we could get this stuff in the US. More pics later. Off to dinner, then some sleep (I hope...).
Posted by Rev. Willis at 8:19 AM
Email ThisBlogThis!Share to TwitterShare to FacebookShare to Pinterest