I've finally found Paris... France, yes (Lyon), but my first time in Paris. We are staying at a fine little hotel (La Bourdeonnais), just a few blocks from the Eiffel Tower. So, of course, that's the first place we toured. 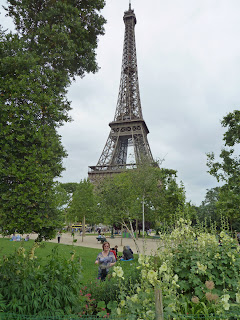 Of course the crowds were a mile long, so we didn't get to go up. Also, the stairs climbing crowds were nearly as long, so my big personal challenge will have to wait.

That night we had a meal at a hotel recommended restaurant, Pasco, which was unbelievably good... everything you've ever heard about French cuisine came true this night. And not that expensive, less than 30 Euro's for 3 courses including wine. The Profiterole "Pasco" was to die for, filled with hazelnut ice cream and served with warm chocolate syrup. Yummy!

We walked around for a bit, lots of classic architecture, of course, but I also found these cool modern buildings. 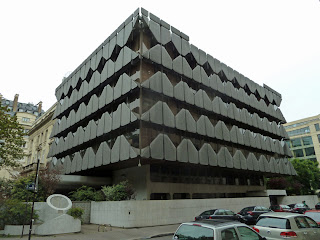 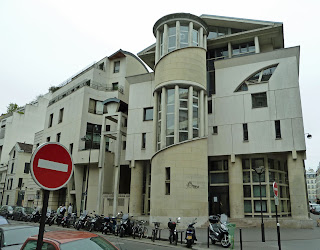 This second building is a conservatory dedicated to Eric Satie. We ended up in the American Church where a nice little organ and violin concert was offered for free (we dropped 5E in the collection plate, then played money changers in the temple as we swapped small bills for a 100E note).

Next day, up to the Champs de Elysee and the Arc de Triomphe. 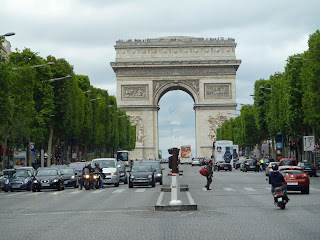 Picture taking gets insane at this point, so here are some random shots of interesting statues and buildings including de Gaulle, the Louvre, the Apple Store at the Louvre, a de Kooning sculpture, us... 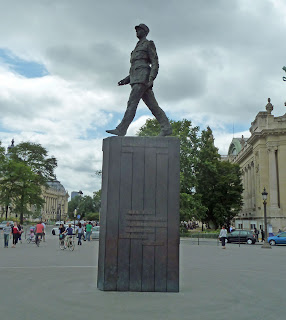 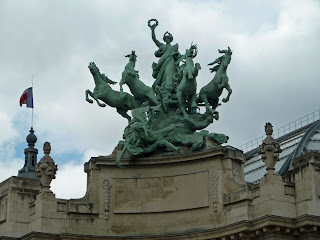 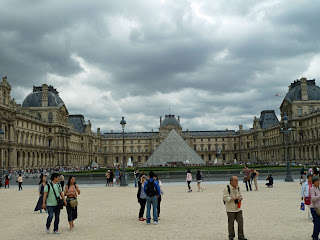 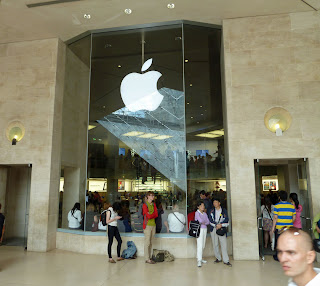 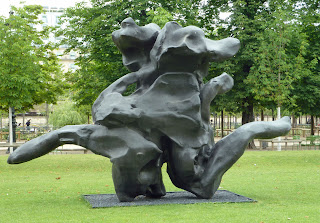 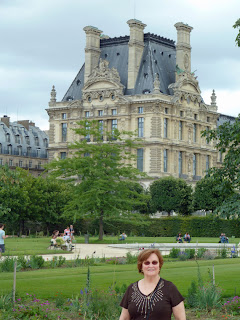 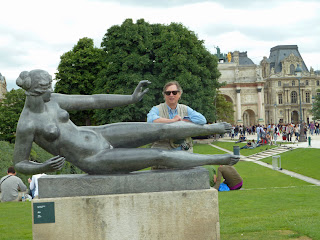 On the way back, I was accosted by Brigitte Bardot, one of my long time favorite movie sex symbols (and a long time since she looked so young!). And god created women, indeed! 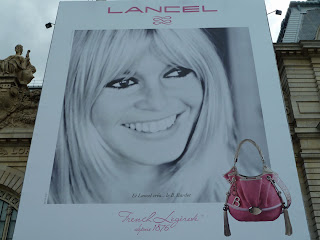 Walking along the Seine, we found perhaps my favorite bridge, the Pont de Alexandre, built as an entrance to the Grand Palace, both for the World's Fair of 1900 (I believe). I just liked all the gold statuary highlighting the bridge, plus the French Tricolor flapping in the breeze over the palace. 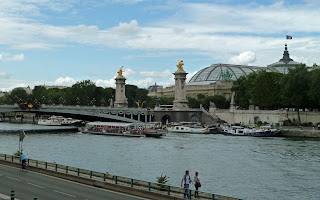 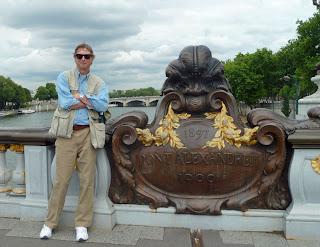 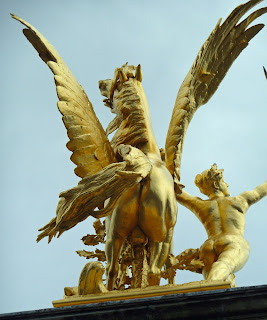 Finally, the Hotel Des Invalides... actually built as a hospital, but looking more like (and better than most), US State capitol. 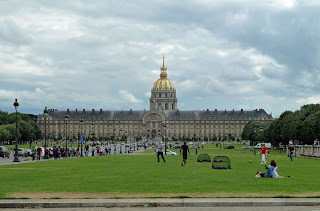 There were some fabulous open spaces around this (now) museum, where we found some interesting sporting activities going on... but that's for the next post.
Posted by Rev. Willis at 4:01 AM
Email ThisBlogThis!Share to TwitterShare to FacebookShare to Pinterest